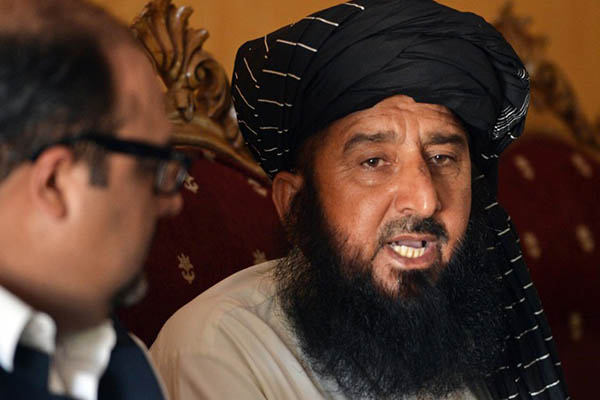 Kareem Khan, who sued government over drone attacks, was due to address European parliaments next week.

An anti-drone campaigner has “disappeared” from Rawalpindi days before he was due to testify before European parliaments, his lawyer said on Monday, accusing Pakistani intelligence agencies of illegal kidnapping.

Kareem Khan, whose brother and teenage son were killed in a drone attack in December 2009, was picked up at his home by security forces in the early hours of Feb. 5 and has not been heard from since, Shahzad Akbar, a lawyer representing him said.

Akbar said 15 to 20 men, some wearing police uniform and others in plainclothes, seized Khan, who was the first Pakistani to sue his government over the drone attacks that resulted in the deaths of his relatives. “We lodged a report with the local police but they denied having picked him up. I checked with the central office of the police and they have no such arrest in their record, it seems to be work of the intelligence agencies,” Akbar said. “The men did not disclose their identities and no reason was given for the detention. Mr. Khan’s wife and young children were present at the time, as was a neighbor,” he added.

A senior police official who requested anonymity because of the sensitivity surrounding the case denied the force had arrested Khan, who is in his fifties and hails from the North Warizistan tribal area. “The Rawalpindi police has not arrested anybody from the tribal area, in fact we had no ‘raid’ on record on that night,” the official said.

Khan had filed a case against the Pakistani government petitioning the court against drone strikes, arguing they constitute murder under domestic law. The next hearing date before the Islamabad High Court is scheduled for Tuesday.

He was also due to travel to Europe this Saturday to speak with German, Dutch and British parliamentarians about his personal experience with drone strikes and the impact they are having on his country.

According to an AFP tally, 2,155 people have been killed in drone attacks since August 2008, with critics charging that the strikes cause many civilian casualties. The U.N. General Assembly passed a resolution in December 2013 calling on states using drone strikes as a counter-terrorism measure to comply with their obligations under international law and the U.N. Charter.

Clare Algar, executive director of the legal charity Reprieve, said: “We are very worried about Mr. Khan’s safety. He is a crucial witness to the dangers of the CIA’s covert drone program, and has simply sought justice for the death of his son and brother through peaceful, legal routes.”

She added: “Reports that he was detained by men in police uniforms are of great concern, and we urge the Government of Pakistan to do everything in its power to secure his immediate release.”

Akbar, the lawyer, gained prominence after disclosing the identity of the then CIA station chief in Islamabad in 2010 in an application filed in a Pakistani court against him for his alleged role in drone strikes. The case sparked loud criticism from Washington who accused Pakistan’s intelligence agencies of leaking the name of the spy chief, who was later called back to Washington.