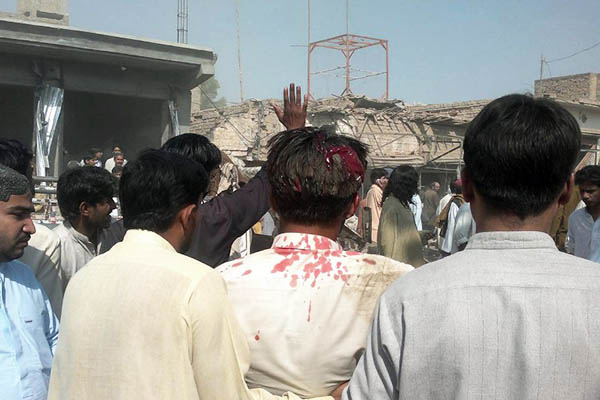 No immediate claims of responsibility for 2.5kg bomb in Sibi city.

A bomb planted on a motorbike exploded in Sibi city on Thursday, wounding at least 10 people, police and administration officials said.

“At least 10 people have been injured in the blast … in Sibi city,” said district police chief Anwar Khetran. A senior government official in Quetta confirmed the incident and causalities.

“The bomb contained 2.5 kilograms of explosives. At the moment, we are not aware of its target,” said Akbar Hussain Durrani, home secretary of Balochistan province. No one immediately claimed responsibility for the attack.

Balochistan, Pakistan’s largest but least developed and most sparsely populated province, is racked by Islamist militants, banditry and sectarian violence between Sunnis and Shias. In October the Human Rights Commission of Pakistan said that more than 300,000 people, including minority Shias and Hindus, had left Balochistan over the past 10 years due to rising unrest.