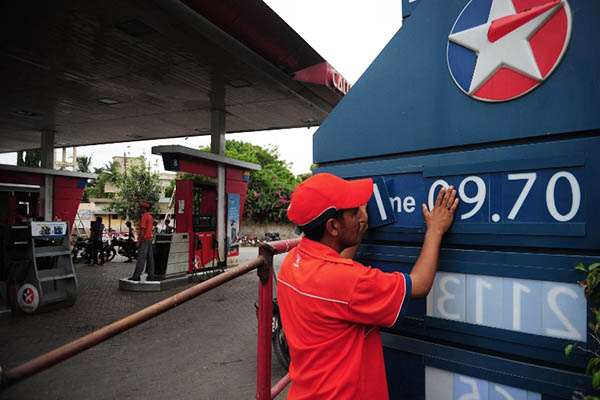 Prime Minister Imran Khan on Friday approved a dramatic jump in prices of petroleum products “in view of the rising oil prices trend in the global market,” according to a notification issued announcing the new charges.

The new prices came into effect at 12 a.m. Friday night, leaving consumers with little choice but to accept the rates that observers say would impact the country’s impoverished the most.

According to the notification, the prices have been increased as follows:

The announcement came in the evening, a few hours before midnight, and resulted in several pumping stations stopping sale of fuel until they could avail the new prices. The country had already been reeling from what the government claims was an “artificial shortage” of fuel, with consumers nationwide claiming they were not being sold fuel at the prices advertised by the government.

The government is now charging around Rs. 47/liter in taxes on petrol and high speed diesel—including the maximum permissible petroleum levy of Rs. 30/liter. General sales tax on all petroleum products was already increased last January to a uniform rate of 17 percent to generate additional revenues; prior to this, the government was charging 0.5 percent GST on light-diesel oil; 2 percent on kerosene; 8 percent on petrol; and 13 percent on high-speed diesel.

Leaders of opposition parties took to social media to slam the government’s announcement, with PPP Chairperson Bilawal Bhutto-Zardari terming it “anti-poor” and accusing Prime Minister Khan of “looting money from people’s pockets.” He said that while prices of essential commodities had not decreased with a reduction in fuel prices, they would certainly increase following this surge.

In a statement, Leader of the Opposition in the National Assembly Shahbaz Sharif rejected the increase. “The highest increase in the history of petroleum prices—33 percent—is sugar scandal part two,” he claimed. “The government has turned out to be the biggest supporter of mafias … Imran Niazi’s promises to the people have proven false,” he said, adding that his Pakistan Muslim League (Nawaz) would protect the move in Parliament and every other available forum.

However, these countries have a dramatically different exchange rate than Pakistan and using their values, the actual costs come to India at INR 82.43/liter; China at 5.9 Yuan/liter; and Bangladesh at 89 BDT/liter.