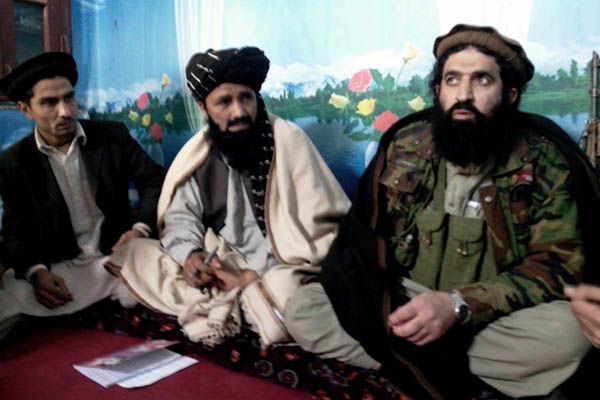 Militants hold Army, not infighting among themselves, as impediment.

Tehreek-e-Taliban Pakistan’s Central Committee unanimously decided against extending their nationwide ceasefire, according to a statement on Wednesday. The declaration signals that the Taliban may now scale up violence against the state.

The Taliban ceasefire, intended to facilitate peace talks between them and the federal government, was announced on March 1 and expired on April 10. During this time, Taliban affiliates continued terrorist attacks, but these were disavowed by the Taliban.

“Despite strife [within Taliban ranks] on the demand of a one-sided ceasefire by the government, all chapters [of the Taliban] were made to agree to it for the benefit of the country and Islam,” said Taliban spokesman Shahidullah Shahid in his written statement to the press. “The 40-day gift of the ceasefire,” he said, yielded “no development … from the government side regarding the initial basic and fair demands” of the Taliban.

These demands included cessation of all operations against the Taliban, the release of Taliban prisoners, the rollback of the Army from the federally administered tribal areas, and the establishment of a “peace zone.”

Shahid said the Taliban felt “it necessary to apprise the media about the response of the government” to the ceasefire “so that it becomes evident to every civilized Muslim of Pakistan just who is responsible for the lack of progress of the peace talks.” Blaming the Army and its alleged “Operation Root Out” for sabotaging the government’s truce initiative, Shahid dismissed reports that recent deadly infighting between two Taliban factions that has killed at least 60 militants was responsible for the breakdown of the talks.

The alleged operation was carried out with the government adopting “complete silence” over it, claimed Shahid, showing Islamabad’s “nonseriousness quite well.” He further claimed that “more than 50 people” were arrested and then killed by security forces during the ceasefire, “more than 200 innocent people were arrested in different parts of the country in connection with the TTP,” “more than 100 raids” and “more than 25 search operations” were carried out against the Taliban, and that militants in government prisons were also subjected to “brutal atrocities.” He said the Taliban “showed complete patience” during the alleged operation “despite heavy losses, only for the sake of peace talks.” He said the anger of the Taliban rank and file over the alleged ceasefire violations by the state was kept “in control” even as the government “didn’t pay any attention to stopping activities against the Taliban.”

The Taliban spokesman claimed that the “Tehreek-e-Taliban Pakistan started the process of dialogue with full sincerity and seriousness” and that it took a “soft attitude” and “all necessary steps” to “provide a strong base for the success of result-oriented and meaningful talks.” Alluding to the Army, he accused this “real power” in Pakistan of attempting to “impose [its] own decision on the nation.” He said the Taliban would welcome resumption of the peace process with “all sincerity and seriousness” provided “some clear positive steps are taken by the government.” If Islamabad moves in this direction, he said, the Pakistani Taliban “will not hesitate to reciprocate in a positive manner.”

There was no immediate response from the government about the Taliban’s decision not to extend the ceasefire. On Sunday, Chaudhry Nisar Ali Khan, the interior minister, said he was confident the peace process had entered a “comprehensive phase.” Ibrahim Khan of the Jamaat-e-Islami party, who represented the Taliban in the talks with Islamabad, said he would urge the Taliban to reconsider their decision.

In his meeting in Islamabad yesterday with Prime Minister Nawaz Sharif, former president Asif Ali Zardari reemphasized the government’s stated intent to include the release of Shahbaz Taseer, the son of assassinated Punjab governor Salmaan Taseer, and Haider Gilani, the son of former premier Yousaf Raza Gilani, on the official agenda with the Taliban.

Meanwhile, the chief of the renegade Mohmand agency chapter of the Taliban, Omar Khalid Khorasani has released an all-or-nothing video message in Pashto with Urdu subtitles highlighting the abiding divisions within Taliban ranks. “The war that we had started is only for imposition of Shariah, caliphate, and Islam,” he said. “Our target is to establish the Islamic system in Pakistan and establish the caliphate in the whole world. We don’t want to be restricted to just [a single tribal] agency.”

Criticizing the media, Khorasani said: “Often the media and our enemies engage in propaganda, portraying us as enemies of Pakistan and peace.” He said the government had betrayed the Taliban in the past. “Even this time, we know that the government is going to dodge us and create rifts among our ranks,” he said, adding that, “We are 100 percent confident that the government and Army will not give us Shariah and they are not ready to spare even a single prisoner of ours.” He said there would remain no justification for war if the government were to implement their “single demand”: imposition of Shariah. He clarified that his group is not interested in “partial Shariah”: “We aren’t even in favor of 99 percent Shariah, we want 100 percent Shariah—and that is only possible through war.”

i am against you Taliban. you have no right to rule our country