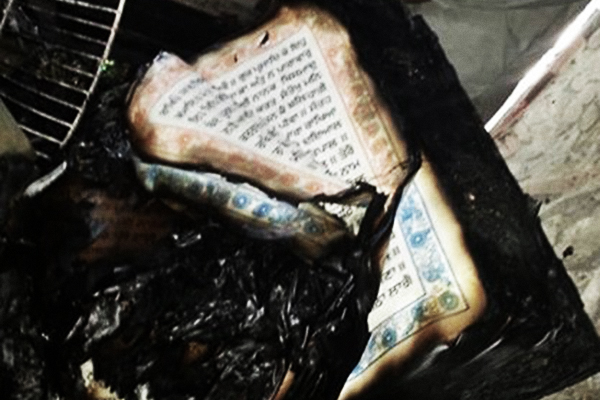 The persecution of Pakistan’s religious minorities has reached “critical levels” with the government doing “little to stop the mistreatment of minorities, who are systematically denied social and political rights,” according to Minority Rights Group International.

The U.K.-based nongovernmental organization’s latest report, Searching for Security: the Rising Marginalization of Religious Communities in Pakistan, released on Dec. 9, says Ahmadis, Christian and Hindus “live in daily fear of harassment and intimidation” and that “escalating violence against Shia Muslims also points to the growth of an even more exclusionary form of nationalism based on a very specific understanding of ‘Muslim-ness.’”

Unfortunately, MRG’s findings are not news.

Sunni radicals and their sympathizers in the police, judiciary and government have enforced their sense of ‘Muslim-ness’ militantly. Pakistani Christians and Ahmadis are routinely and disproportionately accused of blaspheming against Islam’s Prophet—a crime that carries a minimum punishment of death, from vigilante action when not from the courts. Shia Muslims are regularly massacred. And Pakistani Hindus quietly suffer abductions, forced conversions and marriages, and the destruction of their places of worship.

Pakistan is home to some 2,000 Hindu temples, most of them are situated in Sindh province and are at least a century old. This year so far, some 40 temples have reportedly been vandalized across the country. The latest attack came at midnight on Nov. 21 in Tando Muhammad Khan, Sindh, when a mob smashed idols of the Hindu goddess Kali and blasphemously torched Hindu scripture. In the Punjab province, several temples have either been converted—in Rawalpindi, a scrapyard now stands in the place of one temple and a police station at the original site of another—or abandoned altogether.

The Hindu community’s appeals to the government for security have not yielded results. “We have repeatedly asked the government for protection,” Chela Ram Kewlani, president of the Pakistan Hindu Council, tells Newsweek. “All we need is one guard and a CCTV camera, if not at all the temples then at least at the 500 prominent ones.”

The condition of Pakistani Hindus may have been worsened by the hypernationalism sweeping India under Prime Minister Narendra Modi. “What happens to Hindus in Pakistan does not affect Indians,” says Ravi Dawani, general-secretary of the Karachi-based All Pakistan Hindu Panchayat, “but what happens to Muslims in India has a direct effect on the lives of Hindus here.” In 1992, after Hindu extremists razed the Babri Masjid in Ayodhya, extremists responded by destroying scores of Hindu temples in Pakistan.

The attacks have not dimmed Kewlani’s resolve. “We are Pakistanis, we are not going anywhere,” he says. “We didn’t leave in 1947 and we are not leaving now.” But, MRG notes, “Hundreds of Hindus are believed to have fled Pakistan during the past year as a result of religious persecution.” In fact, a federal minister recently told Parliament that as many as 5,000 Pakistani Hindus prefer the safety of exile over the uncertainty of life in Pakistan.

MRG’s also notes that “doctors, lawyers and human-rights activists from minority communities, or advocating on their behalf, have been murdered with impunity” as “minority women face additional threats, including the risk of forced conversions and marriages.”

The increasing oppression of Pakistan’s minorities through violence that goes unpunished has “emboldened extremist groups and enabled the proliferation of hate speech, which circulates in mosques, on social media and even in the classroom,” says MRG. “The government’s unwillingness to protect all citizens … helps foster a climate of impunity for the perpetrators of abuse, while minorities suffer in silence,” says Shobha Das, MRG’s programs director. “The Pakistani government has systematically failed to protect the rights of religious minorities.”

Ahmad Salim of the Islamabad-based Sustainable Development Policy Institute agrees. “Religious intolerance and sectarian violence has been able to flourish often as a direct consequence of a legal environment that treats certain religious communities like second-class citizens,” he says. “The government’s ability to protect all faiths, including its religious minorities, is not only a test of its willingness to preserve its rich social diversity but will also be a major determinant of Pakistan’s future stability.”

And they complain India does not take care minority Muslims which has increased by 50% and larger than Pakistan. They say India is not secular and we had Congress foreign minister bitching. May India should ship to Pakistan. They are bitching about demolishing one mosque (Barbari)

Please note that these idiots are not Sunnies they are Najdies and Kharjees who claim they are sunni.

It is galling that in 21st century , still Pak society has taliban sitting in every mind. there is no social revolution to condemn and stop such heinous and hateful crimes.

I wonder why Hindu communities did not come forward to save their three temple in Assamai gate in Peshawar maybe their leadership might have been purchased. In this regard I have filed a constitutional petition in Peshawar High Court which is fixed for hearing tomorrow on 04.07.2016, my intention is to save temples from demolishing.