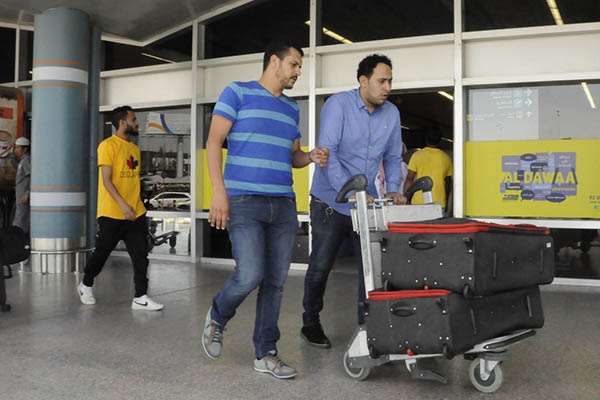 The number of foreign workers in Saudi Arabia fell by over a fifth in the 30 months to end-June due to high state levies and an economic slowdown, a report said on Thursday.

Saudi Jadwa Investment said there was a net fall of 132,000 expatriate workers in the kingdom in the second quarter of 2019, taking the net outflow since the start of 2017 to nearly 1.9 million—a fall of 22 percent. The number of expatriate workers in the public and private sectors dropped from 8.55 million at the end of 2016 to just 6.66 million at the end of June this year.

During the same period, however, the number of domestic helpers who include maids and private drivers rose by 33 percent to 3.11 million, Jadwa said.

Economic activity in Saudi Arabia, which pumps around 10 million barrels of oil per day, has been hit hard by crude prices crashing from mid-2014. Real GDP growth dropped sharply in the following years, and the economy shrank 0.7 percent in 2017, before partially rebounding 2.3 percent last year.

Economic growth is forecast to remain subdued over the next five years, despite high spending funded by borrowing and drawing down fiscal reserves.

The downturn has strongly impacted activity in the private sector, resulting in the closure of many small companies and thousands of workers being laid off by larger firms. However, Jadwa also attributed the departures of expatriates to levies on such workers, which were first implemented in January 2018, six months after the introduction of fees on dependents.

Last year, authorities for the first time required Saudi companies that employ more foreigners than Saudis to pay a fee—around 400 riyals per worker, rising to 800 riyals this year.

Facing persistent budget deficits, the world’s top crude oil exporter has also resorted to austerity measures like cutting subsidies on fuel and power and imposing a five-percent value added tax (VAT). Saudi Arabia has a population of 33.4 million; two thirds of them are nationals.