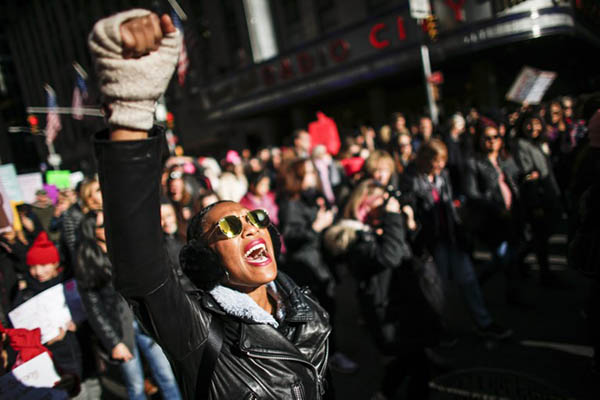 A century after women won the right to vote in Britain, the ideals of equality are resonating again in the global wave of sexual harassment allegations seen in recent months, a leading academic told AFP.

“In both cases, it’s a discussion of equality,” Myriam Boussahba-Bravard, a professor of women’s history and gender studies at Paris Diderot University, said ahead of the Feb. 6 anniversary. “The right to vote gave formal equality… But the question now is real equality,” Boussahba-Bravard said, adding: “The Suffragettes… knew this.”

“They too were confronted with sexual harassment, particularly at their demonstrations. Except that at the time that was not their priority because formal equality was not there yet,” the academic said.

Scores of women came forward in October last year to accuse U.S. movie mogul Harvey Weinstein of harassment and abuse, sparking a chain reaction of denunciations in the world of entertainment and far beyond. “Women have always had a voice… but perhaps it is being heard for the first time… by other women but also by many men,” Boussahba-Bravard, editor of Suffrage Outside Suffragism: Women’s Vote in Britain, 1880-1914, told AFP.

The academic said there was “common ground” between Suffragism and groups such as the recent #MeToo movement against sexual harassment. “It’s a question of network, which is now done via internet. At the time, it was associations communicating with each other and building numbers. Membership was possible for all women and from all social classes,” which helped in building momentum, she said.

Boussahba-Bravard said that movements such as #MeToo in the United States or #balancetonporc (“expose your pig”) in France had attained “a snowball effect sufficiently large that it can no longer be stopped.”

The fact that celebrities are speaking out gives ordinary women the courage to speak out, she said, describing this new trend as “liberating.”

“It helps women who are victims of harassment…. They are not just victims, they are also agents of change. ‘We are discriminated against but we fight’.”

She said attitudes were also changing among men, particularly who would have previously dismissed “feminist” arguments. “It shows them that there is still a difference between formal equality and real equality.”

For the future, Boussahba-Bravard said tackling workplace harassment would be a good start but there should also be a wider emphasis on education. “There are cultural norms which are still very firmly fixed in people’s minds. Men internalize these norms that women are in some way inferior and women, that they are less good than men,” she said. “Women have to reject being taken for fools.”