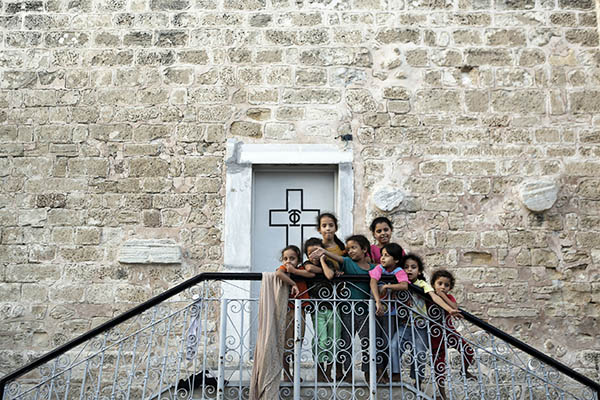 A 12-hour humanitarian truce between Israel and the Palestinian Hamas group entered into effect on Saturday, as top diplomats pressed efforts to secure a longer-term ceasefire.

The fragile ceasefire came into force at 8:00 a.m. after Hamas and the Israeli military announced their consent in the early hours of Saturday morning. Hamas said it and other militant groups in Gaza had reached “national consensus on a humanitarian truce,” and Israel later confirmed it would observe what it called “a humanitarian window in the Gaza Strip.”

The Hamas-run interior ministry in Gaza advised people not to approach bombed-out buildings and militant bases for fear of “explosive objects.” The Israeli military also warned Gaza residents who had been told to evacuate their homes not to return and said “activities to locate and neutralize tunnels in the Gaza Strip will continue.”

The appeals came after U.S. Secretary of State John Kerry, speaking in Cairo on Friday, said efforts to broker a longer halt to the fighting had yet to bear fruit. On Saturday Kerry flew to Paris where French Foreign Minister Laurent Fabius was to host him and their counterparts from Britain, Germany, Italy, Qatar, Turkey and the European Union.

Kerry said at a news conference in Cairo with U.N. chief Ban Ki-moon that both Israel and Hamas “still have some terminology” to agree to on a ceasefire, but added they had “fundamental framework” on a truce. It came after Israel’s security cabinet “unanimously rejected” a proposal by Kerry for a ceasefire lasting up to a week, during which negotiations on a longer-term deal would have taken place, Israel’s Channel 1 TV reported.

As the 12-hour truce went into effect on Saturday, Palestinians cautiously took to the streets in Gaza, with some returning to areas that had been too dangerous to enter for days. In northern Beit Hanun there were scenes of total destruction, with buildings flattened and even the hospital badly damaged by shell fire.

AFP correspondents came across the charred body of a paramedic and trails of blood crossed by Israeli tank tracks, as well as holes in the ground where it appeared the army had been searching for Hamas tunnels. Before the truce, the toll on the ground in Gaza rose to at least 891 Palestinians killed, among them eight people killed in a single air strike in southern Khan Yunis, where an ambulance worker was also killed on Saturday morning.

The conflict, which began July 8 when Israel launched an operation to stamp out rocket fire from Gaza and destroy Hamas tunnels, has also claimed the lives of 37 Israeli soldiers, two Israeli civilians and a Thai migrant worker.

On Friday, Ban urged a truce be agreed that would last through the Muslim holiday of Eid-ul-Fitr, marking the end of the fasting month of Ramzan, and expected to fall around Monday. Hamas has insisted that any truce must include a guaranteed end to Israel’s eight-year blockade of Gaza, while in Israel there are calls for any deal to include the demilitarization of the Gaza Strip.

The situation in Gaza has created tensions in the West Bank, where protests against Israel’s role in the conflict erupted after Friday prayers. Israeli troops shot dead two Palestinian teenagers early Saturday morning in separate clashes in the north and south of the West Bank.

That followed the deaths of five Palestinians on Friday, including four shot dead by Israeli troops and one killed by an Israeli settler.

In Gaza, there have been international concerns about the number of civilians killed in the conflict, including in a Thursday attack in which at least 15 people were killed in the alleged Israeli shelling of a U.N. school. The facility was sheltering some of the 100,000 Palestinians who have fled their homes during fighting.

Rights groups say about 80 percent of the casualties so far have been civilians, and the U.N. agency for children UNICEF said Friday that 192 children had been killed during the conflict.

The Israeli army on Saturday announced the death of two soldiers in Gaza fighting on Friday evening, raising the military toll to 37. It named one as Staff Sergeant Guy Boyland, 21, but did not give further details.

Three civilians have been killed inside Israel by rocket fire from Gaza, which continued Saturday morning before the truce with three shot down by missile defenses and one falling on open ground, the army said. It said militants fired 60 rockets into southern Israel on Friday, with another 15 intercepted.