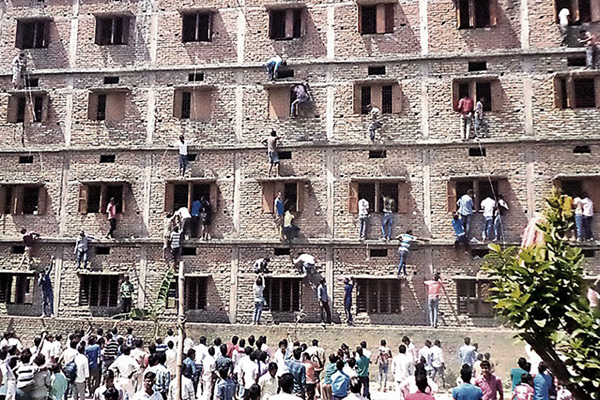 Some 1,400 primary-school teachers have quit in the eastern Indian state of Bihar in recent months amid an ongoing investigation into fake qualifications, an education official said Friday.

More resignations are likely before the end of an amnesty period that allows teachers in Bihar to quit to avoid legal action for falsifying their degrees, state education department principal secretary R. K. Mahajan said.

The High Court ordered an investigation in May into the state’s 350,000 primary teachers on concerns that up to 25,000 had joined government schools without proper training. Resignations poured in as the probe got underway, with officials scrutinizing teacher CVs, before the court ordered the amnesty last month, which ends on July 9.

“The 1,400 resignations have come before the court order on an amnesty,” said Mahajan. “We will know the final number of teachers who took advantage of the reprieve after the completion of the amnesty period.” He said he did not think the final number of departures would be problematic, saying “there will be no vacuum in the education system.” But he warned of severe action against teachers who decided to stay put with fake certificates, saying “this is a criminal act. They may face even jail.” He added: “The investigation is verifying qualifications of all teachers in the state who joined since 2006” following a mass recruitment drive by Bihar.

The issue made headlines last month after Delhi’s law minister, Jitendra Singh Tomar, was arrested for allegedly lying about his degrees.

The quality of education, particularly in rural areas, is a major problem in India. Many teachers also fail to show up to class regularly, leaving colleagues overburdened. More than half of children in rural areas are still unable to read basic text in their own language after completing five years of government schooling, according to an annual survey by Pratham, a leading Indian education and research group.