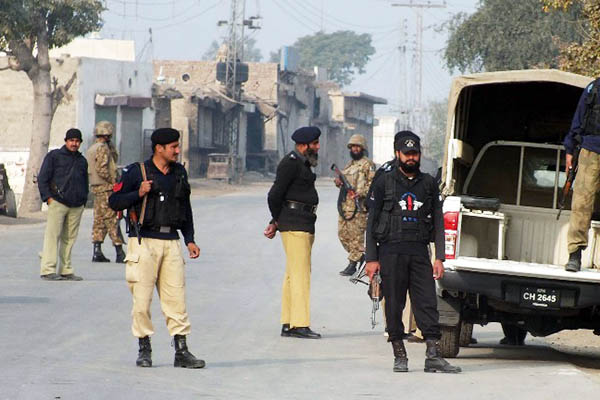 At least 30 others injured in explosion claimed by the Pakistani Taliban.

A suicide attack claimed by the Pakistani Taliban killed at least 20 soldiers and wounded over 30 others after it targeted a military convoy in Bannu early on Sunday morning.

“So far 20 people are dead and at least 30 others have been injured,” a military official told Newsweek on the condition of anonymity, as he is not authorized to speak to the media. “The death toll is expected to rise,” he added.

According to the military official, a convoy of security personnel travels from Bannu to North Waziristan every Sunday. “The Frontier Corps has a shortage of vehicles and so they hire private vehicles,” he said. “The blast targeted one of the private vehicles in which the FC personnel were traveling.”

Both President Mamnoon Hussain and Prime Minister Nawaz Sharif have condemned the attack in separate statements. “Such cowardly attacks can never weaken the resolve of our law-enforcing authorities,” the president said, adding, “The nation will continue pursuing its struggle against the scourge of militancy and terrorism.”

In a statement penned by Shahid, the TTP also admitted that the blast was a suicide attack perpetrated by the Mehsud group of the militant organization. Earlier, military officials had claimed the attack was a “vehicle-borne” IED. “The TTP (Mehsud) staged this attack as revenge for the killing of our mujahid leader, Maulana Waliur Rehman,” it said.

“Our war is only for the implementation of shariah law in Pakistan,” read the statement, adding that the Taliban were not convinced of the government’s sincerity to negotiate peace. “If the government were sincere in holding talks then it would not have targeted our frontline leaders (Maulana Waliur Rehman and Hakimullah Mehsud) while the offer was on the table.”

Shahid signed off the statement by claiming the TTP was ready to negotiate—if the government can prove it would be meaningful. “If the government is capable of proving its authority and sincerity then, despite all our losses, we are ready to hold meaningful dialogue.”

>>”Such cowardly attacks can never weaken the resolve of our law-enforcing authorities,” the president said”

I am afraid the honourable President is probably high on something. The resolve and the morale of the law enforcement agencies is non-existent in this fight. There is no will to fight because of the dithering of the President’s party and the confusion that the supporters of Taliban including Imran Khan and others in the JUI etc. are sowing in the minds of Pakistanis.

Pakistan is well on its way to becoming a weakened state with a very strong militant presence running a parallel government akin to Hizbollah in Lebanon. The politicians, out of fear for their own lives and that of their privileged children, don’t have the guts to call the Taliban out as terrorists and back the Army into taking decisive action against them.

Thus Pakistan in the next 10 years will become more and more like Somalia with the drone attacks becoming part of the routine in mainland Pakistan (as against the FATA currently) because of the threats of militancy emanating from Pakistan which would lead other governments to take actions more frequently given the Government of Pakistan’s abject failure in dealing with these issues on its own.

For anyone who thinks Pakistan can go back to the days of 60, 70s and even 80s is living in a fantasy world. The brain drain from Pakistan is about to become severe in the next decade or so given the trajectory of the country and its policy of appeasement.