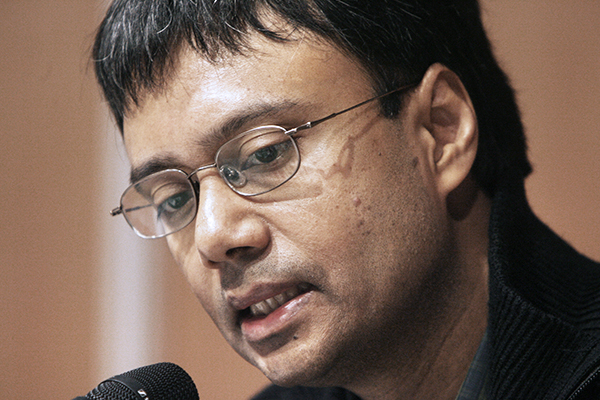 Amit Chaudhuri’s latest book has made the cut. John MacDougall—AFP

Shortlist to be unveiled on Nov. 26 in London.

Eleven books have made the longlist for the DSC Prize for South Asian Literature 2016, organizers announced in New Delhi on Friday.

“Once again the DSC Prize has attracted an outstanding list of entries,” said journalist Mark Tully, who chairs this year’s jury. “The novels vary widely in content and in style. They cover all the countries of South Asia. I am particularly happy that there are novels from the small states of northeast India—states which do not get adequate attention from the rest of the country.”

The five-member jury long-listed 11 books from 75 entries; the ones that made the cut are:

The Way Things Were by Aatish Taseer
Family Life by Akhil Sharma
Odysseus Abroad by Amit Chaudhuri
Sleeping on Jupiter by Anuradha Roy
Hang Woman by K. R. Meera
A Little Dust on the Eyes by Minoli Salgado
The Book of Gold Leaves by Mirza Waheed
The Girl in the Road by Monica Byrne
The Lives of Others by Neel Mukherjee
She Will Build Him a City by Raj Kamal Jha
Don’t Let Him Know by Sandip Roy

The jury will announce the shortlisted books from the 11-strong list on Nov. 26 in London. The winner of the DSC Prize 2016 will be announced at the Galle Literary Festival in Sri Lanka on Jan. 16.

The DSC Prize for South Asian Literature was instituted by Surina Narula and Manhad Narula in 2010. It is among the most prestigious international literary awards specifically focused on South Asian writing and comes with $50,000 in prize money.

“I am delighted to find new authors as well as some well-known authors on this list and I think each novel on the longlist is a must-read,” said DSC Prize co-founder Surina Narula. “These represent the best fiction writing about the South Asian region and they successfully bring out the nuances and challenges of the ever evolving South Asian life—its people, their fears and aspirations and the cultural changes happening around them.”