Home Latest News 2020 Will be the Year of Public Relief: Imran Khan

2020 Will be the Year of Public Relief: Imran Khan 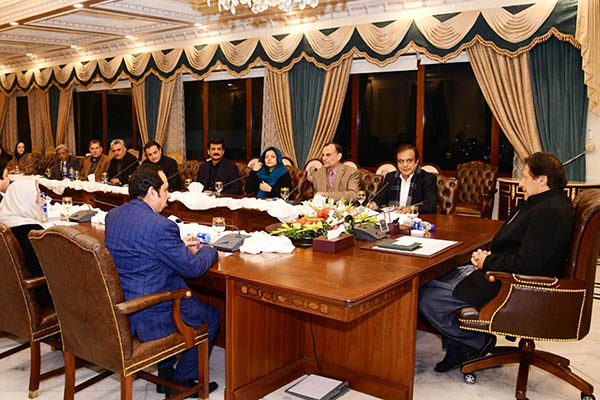 2020 will be the year for public relief, Prime Minister Imran Khan said on Tuesday, as he vowed to improve the lives of the common man by passing on the benefits of stabilizing Pakistan’s economy.

Talking to senators of the ruling Pakistan Tehreek-e-Insaf and their allied parties in Islamabad, Khan urged them to focus during the coming year on highlighting and resolving, through legislation, issues of public interest. He said the incumbent government was striving to implement its agenda of reforms and public welfare despite a struggling economy.

“Our efforts for economic stabilization [are paying off], restoring confidence of the business and investors communities,” he said. The World Bank and other leading international institutions have also acknowledged the improvement in the country’s indicators, he added.

The prime minister reiterated his pledge to punish all corrupt elements in the country. “The cancer of corruption has hollowed the country’s economy and its elimination is a basic component of the PTI-led government’s manifesto,” he added, according to a press release issued by the Prime Minister’s Office.

The meeting also discussed the prevailing situation of the country, with the participants focusing on government-led reforms, relevant legislation over public issues, and strategies for conveying the benefits of the government’s achievements to the public.

The senators expressed their full confidence in the government’s efforts to restore Pakistan’s economy, and appreciated ongoing public welfare programs such as the poverty alleviation Ehsaas, the Panah Gah shelters catering to the homeless and destitute, and the Langar Khana tasked with providing food to poor and needy people.