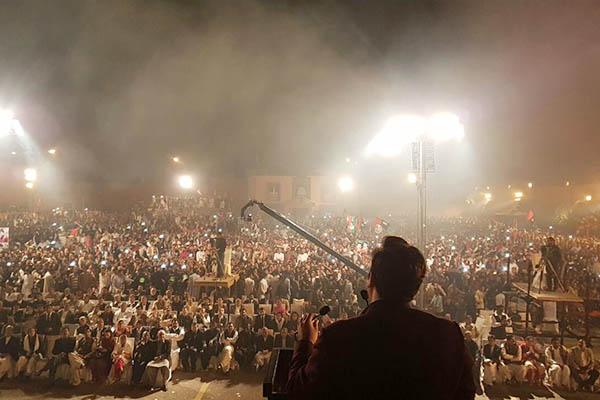 Pakistan has lost as much as the PPP through the political party’s systematic suppression.

With the Pakistan Peoples Party (PPP) entering its 50th year, Chairman Bilawal Bhutto-Zardari is getting ready to enter the country’s grassroots politics. He visited Lahore this week and pledged to revive the party in the province once considered its stronghold.

The PPP came into being in opposition to the conservative Pakistan Muslim League to fulfill the bipartisan requirement of democracy. Its “liberal” founder Zulfikar Ali Bhutto, unfairly removed from the scene through a dubious judicial process, is still counted as a leader of stature second only to Muhammad Ali Jinnah. Following his execution, the PPP came in the crosshairs of the establishment, which openly interfered in the electoral process to oust it from the power contest.

To destroy a family-led party, it is enough to destroy the family. Benazir Bhutto had to live in exile but popular memory had not faded when she returned to Pakistan in 1986. The crowds that greeted her on the Lahore-to-Islamabad route are counted as the largest ever seen in Pakistan’s history. And the PPP easily won the 1988 election after the death of its tormentor, General Zia-ul-Haq.

The decade of the 1990s saw a PPP-PML electoral duel in which the anti-PPP deep state often played foul. Soon, non-state actors mobilized by the state joined the fray. The PPP wouldn’t have declined in popularity the way it did if its leaders weren’t continuously targeted by terrorists. Before her assassination in 2007, Benazir actually went public on plots to kill her and named names. After that, the party simply couldn’t make contact with its followers because of terrorism.

The PPP begins its next half-century with a resolve to rise from the ashes. It rules in Sindh, but is hampered by the big-city violence of Karachi and the feudal dominance of the rural hinterland. Pakistan has not gained anything by its systematic suppression.