Home Latest News 5G: A Revolution Not Without Risks

5G: A Revolution Not Without Risks 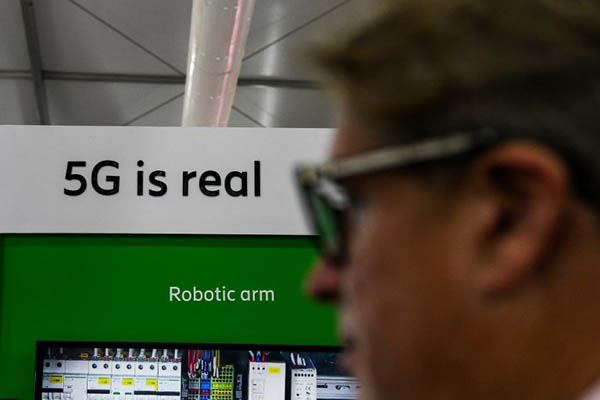 The recent diplomatic dust-up over Chinese telecoms company Huawei, one of the leaders in developing equipment for fifth-generation mobile networks, has demonstrated that this technology which promises to enable an internet of things and self-driving vehicles also poses risks.

What is 5G, what will it be able to do, and what are the risks?

5G stands for the fifth generation of mobile network technology, which should begin to be rolled out in 2020 in Asia and the United States.

Each generation has offered improvements in data transmission speed and capacity, and with 5G the networks are really set to make the transition from telephony to other objects.

What will it be able to do?

The much-vaunted internet of things has so far been hobbled by the limitations of mobile networks, both in terms of transmission speeds of handsets and the fact the backbone of networks hadn’t been expanded sufficiently in many cases to handle huge volumes of data.

With 5G, transmission speeds should accelerate sufficiently to allow for self-driving cars to take to the roads or for doctors to conduct operations remotely. It will also cut the cord on augmented and virtual reality.

The ability to connect more sensors will help make many services “intelligent,” such as helping manage traffic flow and telling the sanitation department when garbage bins need to be emptied. Industry is in particular looking forward to 5G to reinvent manufacturing and allow it to monitor all sorts of processes.

Why does 5G pose security risks?

The first reason is that more data and more types of data will be traveling across 5G networks. Much of the data transmitted by sensors could be sensitive, such as information about manufacturing processes that business rivals would be interested in acquiring. Or the data from our homes that could be gleaned to determine all sorts of things about us. The treasure chest of data for hackers is getting much, much bigger.

A second reason is that an increased reliance on the mobile network means its disruption would have even more serious consequences, both in terms of safety and economic activity. A failure during a remotely guided operation could lead to the death of a patient or a crash of a self-driving car. A longer outage could disrupt an economy. This poses national security risks.

While the diplomatic spat over the arrest of Huawei’s chief financial officer was based on accusations the firm violated U.S. sanctions on Iran, the United States has longstanding concerns about Chinese telecommunications equipment being a Trojan horse for Beijing’s intelligence and military. Huawei is a major manufacturer of equipment used to build 5G networks, and the U.S. defense establishment fears it could enable it to disrupt American military communications or otherwise wage asymmetrical warfare in a confrontation.

The United States has essentially barred use of Huawei equipment in domestic networks, as have Australia and New Zealand, with other countries considering following suit.

The promises are always hyped, but the delivery is often a disappointment. Early buyers of 4G smartphones were often let down: their handsets could handle nippy speeds but the backbone of networks were often not yet bulked up to handle the higher data flow.

Operators have now built up the capacity of their backbone networks, but if 5G is to keep its promise the number of base stations needed is enormous. Otherwise, users will be forced back onto slower networks.

Meanwhile, operators are having to invest billions to roll out 5G, which is an issue because competition in many countries has hemmed in prices companies can charge consumers. While most analysts believe operators will in the end be able to finance building the new networks, they may not initially be dense enough to handle some of the most anticipated applications.

Building a dense network of base stations along highways to handle self-driving vehicles will be a costly endeavor, for example, and operators may find themselves seeking partners from users of new services.