5th-Generation War and Its Warriors 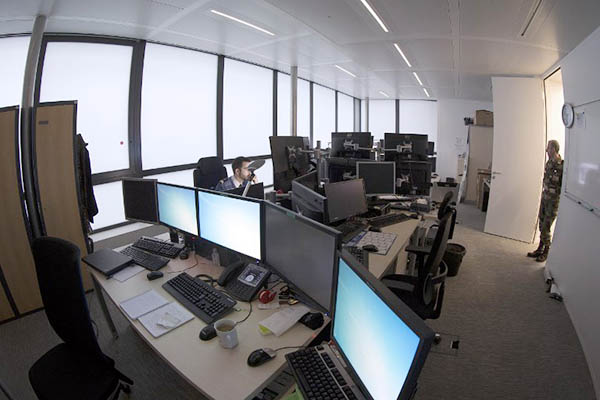 It’s difficult to sit through any discussion nowadays on war or conflict without someone throwing in the term “5th-generation warfare.” As a minor student of war, its many theories and conduct, I am generally familiar with what is actually grounded and what can be termed half-baked, which is the staple of the lumpen in every discipline.

Predictably, I slouch some more in my chair when 5th-generation war hits me.

Does that mean that 5th-generation war is some kind of urban legend?

I was watching an episode of Berlin Station, one of the many CIA thrillers that tell us how the good guys save the world. At some point, discussing what the Russians were (fictionally) doing in Estonia (yes, the Baltic is under threat from Moscow), Valerie Edwards (Michelle Forbes), the CIA station chief in Berlin, says Estonia is Moscow’s playbook from Crimea. To which, Leland Orser (Robert Kirsch) says that it’s classic 5th-generation war. Damn!

Now, you would agree that if the Americans are talking 5th-generation war, even if in a TV thriller, there must be one. It can’t all be an urban legend.

So, what the hell’s this 5th-generation war? Is it the same thing as hybrid war that Pakistan’s Army chief talked about last year, what I call irregular war? Or is this something new, something different, like when we are dealing with technology, high or low?

Those who talk 5th-generation war would insist that war’s nature has changed and we are now fighting a different kind of war. It’s not just about fighting on the battlefield. There are no distinct zones of war and peace. It blends the kinetic with the non-kinetic, i.e., politico-economic warfare, sub-conventional and conventional warfare, low-intensity conflict, lawfare, diplomacy, cyber war, and now even fake news and other digitized interventions et cetera.

In other words, it is a sum-total of kinetic and non-kinetic actions that can be taken to target an adversary’s socio-political, cultural, economic and military spheres. That does sound ominous and will make an expert on 5th generation warfare eminent and important at any table where war is being discussed.

Except, when I pick up Art of War, a text written in 5th century BC (the damn 5th again!), I find that Sun Tzu, the old sage, was talking 5th-generation war thousands of years ago!

Take, for instance, some of his salient points apropos of “Laying Plans”: All warfare is based on deception. Hence, when able to attack, we must seem unable; when using our forces, we must seem inactive; when we are near, we must make the enemy believe we are far away; when far away, we must make him believe we are near. Hold out baits to entice the enemy. Feign disorder, and crush him. If he is secure at all points, be prepared for him. If he is in superior strength, evade him. If your opponent is of choleric temper, seek to irritate him. Pretend to be weak, that he may grow arrogant. If he is taking his ease, give him no rest. If his forces are united, separate them. Attack him where he is unprepared, appear where you are not expected, et cetera. (italics mine)

Under the heading “Of Stratagem,” Sun Tzu says: In the practical art of war, the best thing of all is to take the enemy’s country whole and intact; to shatter and destroy it is not good. So, too, it is better to capture an army entire than to destroy it, to capture a regiment, a detachment or a company entire than to destroy them. Hence to fight and conquer in all your battles is not supreme excellence; supreme excellence consists in breaking the enemy’s resistance without fighting. (italics mine)

Now, frankly, if this is not 5th-generation war, or whatever-damn-generation war anyone wants to call it, then I must dump one-third of my library that consists of books on war.

Some might say that we now have cyber weapons, digitized systems, drones, war-bots and other technologies, emerging and those in the distant future that will change the nature of war. They will be missing the essential point, the vital difference between nature of war and the conduct of war. The nature of war doesn’t change; its conduct does. What Sun Tzu does in Art of War or what other theoreticians do, in varying degrees, including the most misunderstood, Herr von Clausewitz, is to talk about the nature of war as much as its conduct.

Yes, Sun Tzu wouldn’t know anything about modern weapons and, therefore, he would refer to, where he does, the conduct on the basis of ‘technologies’ of his times, but all the while keeping an eye on what remains, and has remained, unchanging through times: gaining an asymmetric advantage over the enemy; breaking his will to fight; gaining victory without attrition either to one’s own forces or inflicting it on the enemy; subjugating the enemy to one’s will; making him accept what Hegel would refer to the battle of self-consciousnesses, a conflict that ends in a master-slave relationship.

Cannons put paid to walled defense. The machine gun mowed down attackers moving in lateral dispersed lines. The tank brought its own innovations to battlefield tactics. Air power and the submarine their own revolutions. The list is long. With every technological and ideational innovation and invention, the conduct of war undergoes a change.

Back in 1989, William Lind and his co-authors from the United States Marine Corps penned an article for the USMC Gazette, The Changing Face of War: Into the Fourth Generation. Lind has since written more and spoken about the crux of that piece and how the battlefield has changed; why it is increasingly difficult for ordered and orderly military forces to operate in a disorderly battlefield where the commander, to quote Lind, is not the “conductor of an orchestra” employing infantry, armor and artillery in a “conducted battle”. It’s not just about “putting steel on target.”

Good armies innovate; they don’t just rely on the last war they fought because the next is usually different in its conduct. As Lind writes, “During 19th-century wargames, German junior officers routinely received problems that could only be solved by disobeying orders. Orders themselves specified the result to be achieved, but never the method (Auftragstaktik). Initiative was more important than obedience. (Mistakes were tolerated as long as they came from too much initiative rather than too little.)”

But the 4th-generation warfare (yes, that has so far been Lind’s ceiling!) “has brought a major shift toward a battlefield of disorder. The military culture, which has remained a culture of order, has become contradictory to the battlefield.”

The essential point is this: the nature of war and its purpose (and aims) haven’t changed; it’s conduct does: constantly. We now have technologies that can be used more deftly to deceive, the same fundamental, among others, that Sun Tzu spoke about, as do others. Yes, mastering the conduct is crucial because war’s conduct is an imperative in the service of its nature and purpose. Conduct also necessitates constant innovation. Given the various areas that can be targeted, primarily through non-kinetic means, it also sharpens the salience of societal preparedness. If there’s any lesson here, it is this: the military and its toys are just one part; in other words, military is not the overall conductor of the orchestra of war. If a society is frayed and fragmented, the kinetic means alone cannot win because the smart enemy will bypass a direct contest of arms and target a society through non-kinetic means.

Unfortunately, the 5th-generation roundtable warriors draw all the wrong lessons from this: they believe that the best response to such a challenge is to force society into formulating and mouthing a single Weltanschauung; that societal fault-lines can be tackled through state-sponsored meta-narratives and by suppressing dissent; that all dissent flows from an enemy’s plans to conduct “5th-generation war”.

But taking the iron fist route only opens ourselves further to the very vulnerabilities that can be targeted. The thing to do is to make people feel that they are better off and better protected by being part of the state rather than opting out. That feeling of belonging is a function of participation, not alienation and isolation.

Ejaz Haider’s op-eds as well his talk show on Capital TV. (was this show was shut down – because some one could not digest it ) are very informative and make sense for our National Security matters.
Ejaz has been trying his best since years – to hammer in some good sense in to minds of so called establishment – the Karta-Dharta of our Country – but Alas ! all in vain !!
Allah kare – this time they get the hidden message in his op-ed and change their ways old ways. Amen !

Considering this new wave of hybrid war, Pakistan and no other country can be presumed to be spared from the potential danger that the evolution of threats has bought. India has long been trying to isolate Pakistan on the international front through the same. It has also blamed Pakistan for sponsoring terrorism and financing terrorists. Kulbhushan Jadhav case, India accusing Pakistan of Uri attack is one conventional element of hybrid warfare. Most recently, the Imran-led new government has taken a proactive step towards a peaceful settlement with India—a rival state since the birth of the two nations. But the Modi-led regime is unwilling to cooperate with Islamabad. Given the multitude and magnitude of such causes and the consequences of hybrid warfare, it is important that Pakistan upgrades its security strategies. The threats have evolved so should the ways to deal with them.

India has grown proficient at using hybrid-warfare capabilities and tactics to pursue its objectives in South Asian region since the end of Cold War. New Delhi typically operates below the threshold of conventional warfare, using a blend of military and paramilitary tools, including proxy forces, militants, separatists, cyber tools, and information operations to shape and coerce neighboring states to its advantage. Consequently, India succeeded against its small neighbors. Nevertheless, Islamabad has been resisting New Delhi’s endeavors to establish its hegemony in the region. India has been frequently violating the Line of Control. No ethics within the military domain allow firing on the civilians’ working or moving near the border during the peacetime. The Indian forces intentionally target the civilians to cause a fear in the region. They justify their firing by claiming that they are preventing infiltration of the militants. They intelligently misguide the international media by sharing with them erroneous facts.