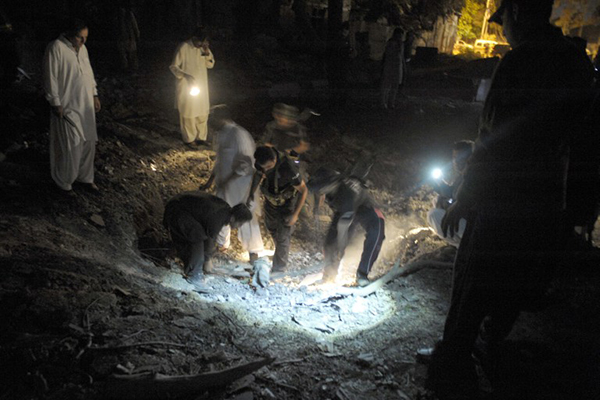 The police chief of Balochistan province narrowly escaped a suicide attack on Sunday that killed at least six people and wounded 46 others, officials said.

Inspector-General Mushtaq Sukhera had just entered his residence in Quetta when a suicide bomber in a vehicle laden with explosives blew himself up outside.

“At least two policemen, three paramilitary soldiers, and one passerby were killed outside the inspector-general’s residence and 46 others were wounded,” said Akbar Durrani, the home secretary. A huge amount of explosives were packed into the vehicle and the blast left a deep crater, with the explosion shattering nearby windows and sending debris flying, he said.

Medical officials have said that the death toll could rise as several of the injured are currently in critical condition.

No group has claimed responsibility for the blast yet.