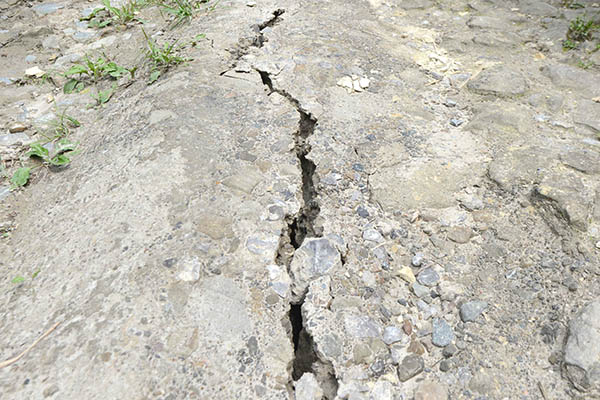 Quake’s epicenter is at a depth of 15 kilometers, around 100 kilometers southwest of Khuzdar city.

Six people were confirmed dead and over 25 injured on Tuesday with heavier casualties feared after a 7.8-magnitude earthquake hit southwestern Pakistan, demolishing houses and sending people running into the streets in panic.

The quake struck at 4:29 p.m. local time, around 100 kilometers southwest of the city of Khuzdar in Balochistan province, at a depth of 15 kilometers.

The area of the epicenter is sparsely populated, but the U.S. Geological Survey issued a red alert for the quake, warning that heavy casualties were likely, based on past data. The USGS originally measured the earthquake at magnitude 7.4 and 29 kilometers deep but later revised their figure. Pakistan’s meteorological office gave the magnitude as 7.7.

Jan Muhammad Baledi, a spokesman for the Balochistan government said an emergency had been declared in Awaran. “We have received reports that many homes in Awaran district have been collapsed. We fear many deaths of people,” he said on ARY news channel. “There are not many doctors in the area but we are trying to provide maximum facilities in the affected areas.” Television footage showed collapsed houses, caved in roofs and people sitting in the open air outside their homes, the rubble of mud and bricks scattered around them.

The chief secretary of Balochistan confirmed to Newsweek that a large number of houses had collapsed and a rescue operation had started.

A senior Pakistani meteorologist, Muhammad Riaz, told Dunya TV station it was a “major” earthquake and “heavy destruction” was likely. Riaz told Newsweek most of the houses in the area most affected are made of mud with few brick-and-mortar structures. He said the population was also sparse, which might reduce the number of casualties that an earthquake of this magnitude would otherwise entail. Minor tremors were felt as far away as New Delhi, while office workers in the city of Ahmedabad near the border with Pakistan ran out of buildings and into the street.

An official of the Provincial Disaster Management Authority in Quetta told Newsweek that senior government officials had started to survey the region to gauge the extent of the damages. He said the communications network had been damaged in the earthquake and it was difficult to obtain real-time updates of the ground situation. The PDMA will start relief operations if any call for help is received from officials in the areas affected, he added.

In April a 7.8-magnitude quake centered in southeast Iran, close to the border with Balochistan, killed 41 people and affected more than 12,000 on the Pakistani side of the border.