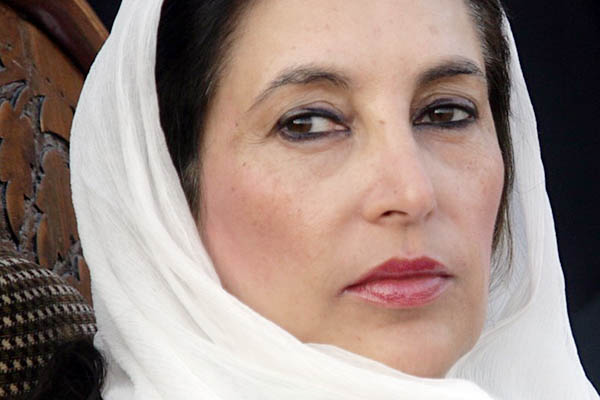 On the 13th anniversary of Benazir Bhutto’s assassination, Dec. 27, 2007, senior Pakistan Peoples Party (PPP) leader and Senate Standing Committee on Interior Chairman Rehman Malik claimed that everyone involved in the crime had been identified, arrested, and tried under law, except for “those who were killed mysteriously.”

In The Bhutto Dynasty: The Struggle for Power in Pakistan (2020) freelance journalist Owen Bennett-Jones has investigated the assassination closely. He claims the crime was perpetrated either by Al Qaeda or some individuals who got it done through Osama bin Laden, who had already tried to kill her earlier.

According to Bennett-Jones, bin Laden’s decision to kill Benazir in 2007 made sense for a number of reasons. First, she had declared her opposition to both Al Qaeda and the Pakistani Taliban in much clearer terms than any other Pakistani politician. Even then-military ruler Gen. Musharraf was reluctant to name the Taliban as his enemy: he preferred to talk in terms of “terrorists” without specifying which group they belonged to. Benazir brooked no such equivocation and, as bin Laden saw it, had declared herself an enemy, for whom a deadly response was entirely appropriate.

Bin Laden asked one of his most senior operatives in Pakistan, Abu Obaidah al-Masri, to discuss the issue with Pakistan Taliban leader Baitullah Mehsud. Some reports suggest another senior Al Qaeda operative, Ilyas Kashmiri, was also present at the meeting. The Pakistani Taliban was not in the habit of taking orders from Al Qaeda, but on the question of Benazir the two organizations shared goals: both believed that the U.S. had tasked her with crushing violent jihadist forces and that she was therefore a threat.

Once the decision had been taken, Baitullah Mehsud made no secret of his intention to assassinate Benazir. A week before her return, the Pakistani media reported that he had, according to a Pakistani senator who had met him, “sent his people to welcome her.”

The mullahs running suicide bomb factories have always preferred young students: it takes less time to train an impressionable teenager to kill himself than someone older who is more resistance to indoctrination. Aitzaz Shah was born in Karachi, where his father worked for 20 years in a cotton mill, rising to the rank of machine master. Like many Pakistani parents, the father relied on madrassas to educate his son. Not only were they free, but they also opened up the possibility for his son to become a respected member of the community with a reliable, if modest, income as a cleric. In the course of his years-long religious education Shah learnt the Quran by heart; he did not understand the Arabic text he was reciting, but could articulate the sounds of the entire text. Then, after watching some films about jihad, he decided he wanted to fight the Americans in Afghanistan. He asked his mother’s permission and, when she refused, decided to volunteer anyway.

On May 2, 2007, he began a 27-hour journey from a bus station in Karachi to the tribal area of Waziristan near the Afghan border. Contacting the Taliban could not have been easier. A fellow madrassa student told the bus driver that Aitzaz was going for jihad. Upon their arrival in Waziristan, the driver asked another man to help the boy reach the Taliban office in Makeen, a nearby town. The man was so impressed by Shah’s piety that he agreed to do it free of large.

The young Karachiite now found himself with a group of 40-50 boys and men being trained in basic unarmed and armed combat. Anxious about his mother, he called home to inquire about her mental state following his disappearance; he used a landline, allowing his family to trace his location. An uncle was dispatched to Waziristan to recover him, but Shah was not ready to return. When he leant his uncle had come to find him, he hid: the uncle left empty-handed.

Following his training, he spent some days listening to clerics talking about suicide attacks. They described the act to him as one of the greatest of sacrifices for Islam that carried generous rewards. While a martyr defending Islam could take 70 people to Paradise, a suicide bomber could take an unlimited number. Not only that, he would also be guaranteed 72 virgins.

Convinced, Shah volunteered for a suicide mission and in July 2007, less than three months after he had left Karachi, he found himself in a specialist suicide bomber training facility with a group of 10-12 others who had made the same commitment. Now it was time for some driving lessons in case he was selected to undertake a mission in which he would need to reach his target alone. In October 2007 his training was complete, and Shah was informed he had been selected for an important mission: he would kill Benazir. His confession does not record whether he had ever heard of her but in all likelihood he had not. He was told she was too pro-American, would probably launch an attack on the Taliban if elected and, to cap it all, was a woman, who should not run for office. Shah agreed to undertake the assault.

Among the volunteers for the Rawalpindi attack were Husnain Gul, an active jihadist from the age of 16. In 2005, a friend took him for weapons training in North Waziristan; just two years later, that friend was killed in the Lal Masjid siege in Islamabad, intensifying Gul’s commitment to the cause.

Gul vowed revenge against the state. In September 2007, without telling his family, he went to the Haqqania madrassa situated between Islamabad and Peshawar to see if he could get involved in militant activities. He had gone to the right place. He ran into an old acquaintance from his weapons training days, expert bomb-maker Nadir Khan, who was now living at the madrassa. Khan used to be with the Haqqani Network, but frustrated that it was active only in Afghanistan, had joined the Pakistani Taliban instead, developing a close relationship with leader Baitullah. He suggested that Gul might want to join a group he had established to attack government targets.

Gul not only agreed to join but also secured the help of another young jihadi, his 24-year-old cousin, Rawalpindi-based taxi driver Rafaqat Hussain. They were soon put to work. The first suicide bomber they handled was a boy called Usman, who drove his motorcycle into a military car near the city’s main market on Sept. 4, 2007. Some weeks later, on Oct. 30, they helped another suicide bomber attack a police checkpoint in the city. There were some failed operations too, but with these successful attacks under their belts, the two young men were gaining a reputation for competence. When Gul returned to the Haqqania madrassa in November he was given a far more important task: Nadir Khan told him and his cousin that their group’s next target—set by Baitullah—was Benazir Bhutto.

In late November Hussain, Gul and Nasrullah Khan, another madrassa student, conducted reconnaissance of Rawalpindi’s Liaquat Park, the location that hosted most political rallies in the city. Having satisfied themselves that an attack could be staged there, the next step was to wait for Benazir to come to them. And they had made a significant tactical breakthrough; Bilal, a would-be suicide bomber, had observed Benazir’s rallies in the northwest and on Dec. 12 noticed that her security was less intense when she left rallies. He approached her departing vehicle and, having managed to touch it, told his handlers that he had worked out how to mount an attack.

When the Dec. 27 date for the rally was announced, the final planning began. Nadir was in overall charge, while Gul and Hussain were responsible for accommodation, and Nasrullah Khan and yet another Haqqania student, Rasheed Ahmed, would bring the suicide bomber to Rawalpindi and lead the assault. Others were asked to make and deliver suicide vests. Nadir Khan and Nasrullah Khan left the Haqqania madrassa and headed to South Waziristan to see Baitullah Mehsud.

Upon their return, they had $1,000 in spending money, and Bilal, together with another 15-year-old, were set to make global headlines. While the Taliban were dissociating themselves from the attack, Al Qaeda saw it rather differently: the assassination was an opportunity to establish its continued relevance. In a telephone statement to a Pakistani journalist, Al Qaeda spokesman Mustafa Ahmed Muhammad Uthman Abu al-Yazid said, “We terminated the most precious American asset which vowed to defeat [the] mujahideen.”

Al Qaeda’s involvement was later confirmed after the raid on bin Laden’s Abbottabad home in 2010. While the Americans took a significant amount of printed and digital material from the house, they also left some behind. Those documents, later analyzed by Pakistan’s intelligence agencies, included a message to bin Laden from Abu Obaidah al-Masri, the man who had first discussed with the Taliban the possibility of assassinating Benazir. Written two days after Benazir’s assassination, he said Al Qaeda could take credit for the “operation in Pindi.”

Journalist Saleem Shahzad was beaten to death by unknown assailants, his body thrown into Upper Jhelum Canal in 2011. According to Bennett-Jones, anyone who has read his Inside Al Qaeda and the Taliban: Beyond Bin Laden and 9/11 can’t help but arrive on the following conclusions:

1) Al Qaeda, rather than the Taliban, plan militant attacks in Pakistan, with any operations executed by the Taliban happening only after securing Al Qaeda’s permission

2) Jihadi organizations are subservient to Al Qaeda, with some also serving as extensions of Pakistan’s security agencies

5) Benazir was killed by Al Qaeda and not Baitullah Mehsud; he was merely an instrument

8) Islamic radicalization of Pakistani society and media, mixed with fear of being assassinated by Al Qaeda agents, had tilted the balance of power away from the state of Pakistan to Al Qaeda

9) Punjabi Taliban are under Haqqani Network, which is supposed to be aligned with the Pakistan Army