Home Culture A Guide to Islam’s Great Past 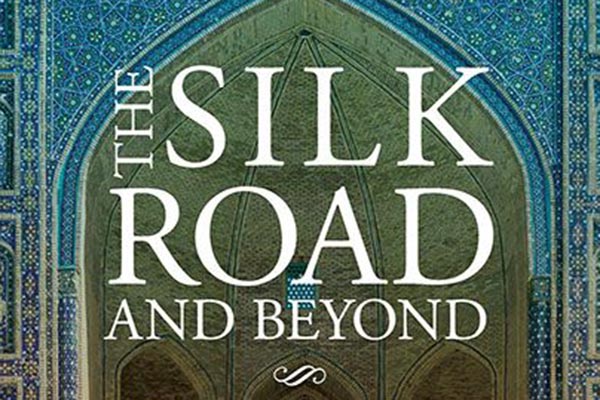 Professor Iftikhar H. Malik’s new book on the history of Muslims in South Asia, and their influence on areas beyond, offers an eye-opening view on the historical figures that have shaped the region, whether through poetry or heroic feats of politicking.

A teacher of modern history at Bath Spa University U.K. since 1995, Malik is a member of the Awan triba from the Potohar region of Pakistan. “My grandfather took great pride in being a descendant of Qutb Shah who came here with his clan to fight alongside Mahmud Ghaznavi, and that is how we Awans, the helpers, became the dominant presence across the Salt Range, all the way from Kalabagh to Jhelum!” he writes. “I was not much taken in by these ancestral heroics but did enjoy Potwar the most in spring with miles of mustard fields in bloom, even envied by our often-blue sky.”

The Silk Road and Beyond: Narrative of a Muslim Historian is a result of his extensive travels—and great scholarship—in Iran, Central Asia and the Middle East. Because of his mother-tongue, Persian, he relates naturally to great poets such as Hafiz Shirazi.

According to Malik, Khwaja Shamsud Din Muhammad Hafiz (1320-89) of Shiraz in Southern Iran was an ascetic poet, and lover of beauty, both in its human and natural forms. Among the most preeminent ghazal poets of any time in any language, Malik notes that Hafiz’s work united theists and atheists alike, as Persian was once the lingua franca of almost half of the known world. A believer who had memorized the Quran by heart, and had been tutored by some of the most eminent literary mentors, Hafiz surprised both his predecessors and followers through his composition of lyrical poems that continue to defy restrictions of time, creed, class, and ethnicity.

While Maulana Rumi (1207-73), through his masnavi and generations of whirling dervishes, has given us, per Muhammad Iqbal (1875-1938), the second Quran in Persian; Hafiz’s romantic compositions escort lovers and worshippers to a different realm altogether. His uniquely selected words resound with some of the rarest similes and metaphors that even a modern, worldly person can relish with an equal sense of belonging and pristine transparency.

According to some narratives, Hafiz, who worked in a bakery, was in love with a contemporary beauty and embodied the desire and devotion for her nearness in his heart. However, he was stalled by his own humbleness or even by a kind of timidity that traditions or age, not class, may impose in such situations. Like the proverbial blazing oven, he felt the depth and intensity of his love for that pari chehreh (fairy face) yet any thought of her nearness held him back for fear of being burnt like a parvaneh (moth). In a powerful way, Hafiz’s poetry is beholden to physical attributes yet goes beyond that; it searches and celebrates inner endowments which makes his lover as “khusrow-i-shireen dehnaan” (the prince of those whose words usher sweetness and eloquence) and whose lashes break the hearts of the victorious warriors.

Like any genius tested against the pedestrian yardstick of time, Hafiz was misunderstood and anguished by some of his contemporaries until a more intense form of austerity and reclusiveness took over his life. In one of his ghazals, Hafiz celebrated the attributes of his beloved in such a splendid way that even the most powerful and dreaded ruler of the time, Tamerlane, got incensed. Hafiz had simply recited:

“If that Shirazi Turkish beloved takes care of my heart, I am surely prepared even to give away both Samarkand md Bokhara just for the sake of that one mole on her face.”

Tamerlane/Amir Timur (1370-1405), who had lost his leg and arm fighting for the Central Asian cities (Samarkand and Bukhara) and for building up one of the largest empires in west Asia, read the verse to his chagrin at a time when he happened to be in Shiraz, the affluent city of knowledge, poets, and lovers. Understandably enraged, he summoned Hafiz to his court to admonish the otherworldly poet and said something to the effect: “Do you realize the struggle and sacrifices I’ve made to capture these two beautiful cities whereas you, an ordinary poet, are ready to give them away for the sake of a woman’s mole.” The austere Hafiz, in his own poetic renunciation, responded: “Well, it is this very reckless nature of my generosity of giving away everything that has left me nothing in world possessions except for this plain prayer-mat where I sit day-long by stream of Ruknabad.” The conqueror was immensely amused by his honesty, and the depth of poet’s personality, and let him go.

Hafiz was ostracized by the denizens of orthodoxy for his celebration of human physical attributes that he found in his generously endowed beloved. He often annoyed his critics by celebrating wine that, like Khayyam, was seen to be uplifting, or more recently like Ghalib, Faiz, and Faraz, who found it seductive. Reportedly, his funeral turned disputatious since those ulema refused to offer prayers for a “worldly person who mostly sang of women and wine,” and the believers started to move away from the deceased until a thoughtful worldly soul counselled reconsideration.

The verse of Hafiz Shirazi had a dramatic effect on believers who began to perceive the erstwhile poet as a seer. Since then, Hafiz’s tomb by Ruknabad in Iran continues to attract millions of pilgrims, lovers, and picnickers to partake of the bounties of his wit, eloquence, romance, and spirituality. Hafiz soon reached the lengths and breadths of Hindustan, Central Asia, and the Ottoman Empire. Subsequently, upon the Europeanization of the world through a colonial hegemony and Orientalism; especially, in Ibn Battuta, infamously taken up with polygamy, (1304-69), who had found Shiraz resounding with Hafiz and full of “some most beautiful women in the world”.

The blessed of Bukhara

At the gates of Bukhara—now in Uzbekistan—author Malik informs us that the name is derived from the original Sanskrit Vihar (monastery), which reminds us that in India, too, the state of Bihar, bordering Nepal, is similarly named. The houses of the Bukhara greats are reached through narrow and winding lanes that encircle religious and business places. They would have once been the homes of Imam Bukhari, Ibn Sina, Firdausi, Al-Biruni, Khwarizmi, Bahauddin Naqshbandi, and more than 35 leading Sufi mentors in Islamic history. In Sufi Islam, this city has the unique privilege of producing a third of leading Muslim spiritual mentors, and it is no wonder that it was often known as Bukhara Sharif or Noble Bukhara. Persian had stolen the heart of the Turks in Central Asia. In the northwest of Iran, Azerbaijan had its Turkic idiom but Nizami Ganjavi had flourished there to be counted among the poetic pantheon of Iran.

Further to the west of Bukhara, Khiva also was once home of scholastic Islam and, despite all the vagaries of its past epochs, still retains its medieval ambience both in architecture and in its forbearance. It is in old Bukhara, like in East Jerusalem and to some extent in the bazaar of Isfahan and narrow alleyways of Fes, that one is able to relive a unique past that came to a standstill. History is certainly a story of change and continuity, though we often focus mainly on victors and less on victims. It is the unsung heroes and heroines who defy the forces of annihilation and persist. Bukhara must have had an abundance of unsung heroes otherwise it would have been the recipient of more than a due share of destruction and transformation.

The learned professor also made a trip to Jerusalem, visiting the Muslim quarters of old where some great people lie buried. Other than an 800-year-old Indian hospice in the Old City, there are graves of several Indian Muslim pilgrims near Al-Aqsa and the Omar Mosque. The first-ever Muslim graduate from Oxford’s Lincoln College, Maulana Mohammad Ali Jauhar (1878-1931), was in fact the leader of the Khilafat Movement, and it was during one of his visits to the United Kingdom for political negotiations that he passed away. He had willed to be buried in Jerusalem instead of a “colonized” India. Hailing from Rampur and having studied at Aligarh, Jauhar had established the pioneer Asian students’ society at Oxford University, the Majlis.

Another notable Indian Muslim buried in Jerusalem is Begum Ghaffar Khan, who hailed from the Frontier Province and died in the Omar Mosque after having suffered a concussion from a fall. She was the wife of the legendary “Frontier Gandhi,” Khan Abdul Ghaffar Khan (1890-1988), the Pashtun leader who followed non-violence and had begun political defiance even before Gandhi landed back in India.