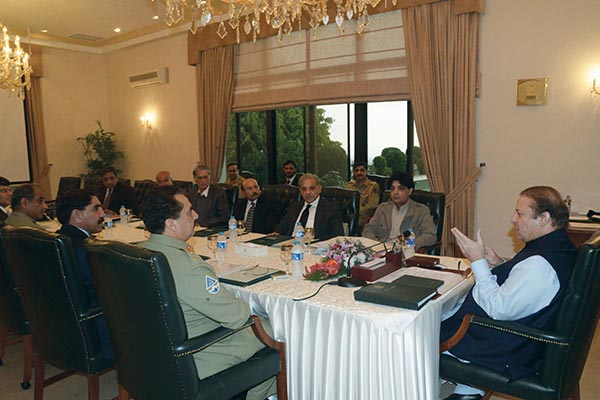 Unveiled last month, Prime Minister Nawaz Sharif approved the National Internal Security Policy on March 18 following a joint meeting with Pakistan’s four chief ministers and the military brass. The policy aims at improving coordination among the country’s 26 intelligence agencies by setting up a joint directorate under the National Counterterrorism Authority, and it provides for a rapid-response force at both the provincial and federal levels. Sharif urged the provincial chiefs to set up high-security prisons whose defenses can thwart Taliban jailbreaks and to improve evidence gathering for prosecution of terrorists. The interior minister, Chaudhry Nisar Ali Khan, told reporters after the meeting that the policy was a work-in-progress and would be tweaked in response to events. Whatever its shortcomings, the policy represents a rare moment of policymaking unity that will cause the Taliban & Co. some sleepless nights.