A Master Class in Dishonesty 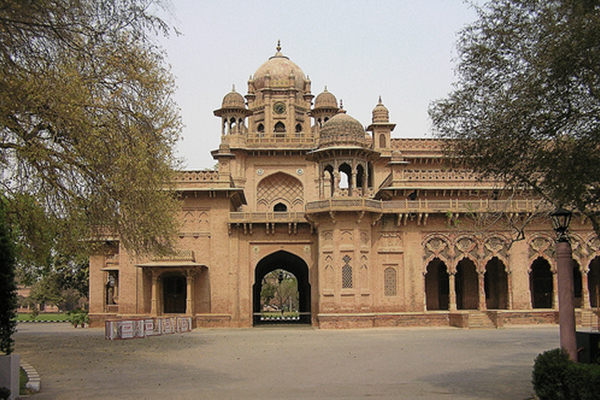 A member of Aitchison College’s Board of Governors, Umar Saif, has made confused and contradictory claims in a recent piece for The News about the school’s admissions controversy.

Saif is particularly shrill about the school’s Board-imposed capricious new admissions process this year because he happened to lead it and, as luck would have it, because it allowed the admission of his own son to the school. Saif claims to have led the “march towards meritocracy” against “the culture of influence, corruption, and entitlements,” while conveniently keeping mum about his own criminally-inexcusable conflict of interest. This is at odds with his mantra to “ensuring simple principles of merit, transparency and a level playing field for all.”

Named to the Board last year, Saif also happens to be the Punjab government’s IT Board chairman and the province-run IT University’s vice-chancellor. It is perhaps for this reason that Saif claims the admissions controversy is not about “politics, government interference or composition of the Board” or about the “quality of the admission test or grading.” The opaque composition of the Board is one of the issues the Lahore High Court will be hearing this month when it takes up the three petitions filed against Aitchison.

Saif is at pains to portray the new admissions process as the result of a two-year-old story published in The News alleging admissions were made on the basis of political considerations. Yet, he has failed to explain what action, if any, the school has taken to review the alleged irregularities of 2012. He has chosen to rely wholly on a news report and its allegations rather than any findings of the school, despite having ready access to school officials.

The fact is that the Board changed the admissions policy at least three times since June despite not being empowered to do so and in spite of the clear, written criteria notified by the school. Saif claims only two changes have been made: an end to “kinship” as a consideration in case two students tied for the same spot, and the making public of a so-called merit list with the scores of all applicants on the entrance examinations. He says the Board “asked” the school to “share” its admissions policy, which was “totally opaque” and not codified.

The fact is that the admissions policy was notified to all applicants through the prospectus, application form, and letters from the principal. The first change to the admissions policy came on June 18, a week after the conclusion of the entrance exams, which, as Saif acknowledges, had written and non-written components. The Board told the principal to score applicants solely on the basis of the written component of the entrance exams and reject as failed anyone below a score of 50 percent. As a result, on June 21, 74 boys were accepted against 120 available seats. Then, on June 25, the Board President, the Punjab governor, announced another policy change: the 46 vacancies would be filled through a retest. The third change to the admissions policy came on July 1, when the “merit” criterion was revised down to a cutoff point of 43.5 percent, and 47 rejected and failed applicants were accepted by the vice-principal, not the principal.

As a representative of the Punjab government, applicant and Board member, Saif has an obligation to the public and should not be economical with the truth. The Board is not entitled to micromanage admissions or to change wholesale the admissions process once the process has already started and applicants have relied in good faith on the written and verbal representations made to them by the school. To be clear, any admissions criteria other than what has been notified in writing by the school cannot be imposed by anyone, has no merit, and is illegal.

Siddiqui is an advocate at the Supreme Court of Pakistan and his petitions against Aitchison College are scheduled for hearing at the Lahore High Court this month.

totally agreed…u cannot change the policy once the admission prospectus have been issued by the school.the changes should be made before the whole admission process starts not after the test.

Spot on!! The principal, who himself has had a long and tidy history of honesty and integrity, is completely miffed by boards constant micro-management.

Typical Goon League behaviour. This Omer Saif character sounds dodgy. The Daily Times has done a very good job exposing him and how he is being made NADRA chariman on so called MERIT. Lol

Mr . Saif s own elder son reapplied for K2 in 2006 since he was unsuccessful in 2005. How come his own son did not apply for K3 since he was age appropriate for grade 3 !!! For him to speak of honesty and merit is a shameful act !!

I believe every one is doing whar ever to benefit from the chairs authority he sits on.
This is not any different.
Just another example of doing what you can get away with while benefiting most.

My first and foremost complaint with the principal and the board of governors of the college is that they didn’t keep their word about grading the underage boys for k2. To be eligible for k2, boys born between august and November of 2008 were made to skip prep altogether and go straight to class one…most of them were still four when they entered which is insane. On top of that they were subjected to intense pressure and rush to complete class 1 course as well as cover a bit of class 2 as well. Then we were pressurized to meet up with the principal and go through a type of pre test interview..during which he assured us, the parents of these babies, that these underage boys would be marked leniently keeping in mind that they are a year or less younger than the rest of the boys. Come result day….we find out that we were cheated with and made to go to hell and back for nothing!! Some of these kids have been emotionally scarred and put off by studies altogether. The education commission and admission committee must be out of their minds to allow this nonsense. How on earth can a 5 year old be expected to understand and memorize tables from two to seven, solve complicated multiplication sums, write thought provoking essays on any topic under the sun..read and write like a 7 year old and know all his zabars and zairs in Urdu. What all went down after the tests is another matter altogether….but the emotional and physical torture these kids were made to endure is a matter that needs to be addressed and dealt with very sternly. No where on earth are kids put through this kind of a pressure. I absolutely regret my decision to prepare my baby for this barbaric admission process….only to be to cheated with and left without answers or logical explanations…that too at the cost of my child’s and my sanity. Never again!