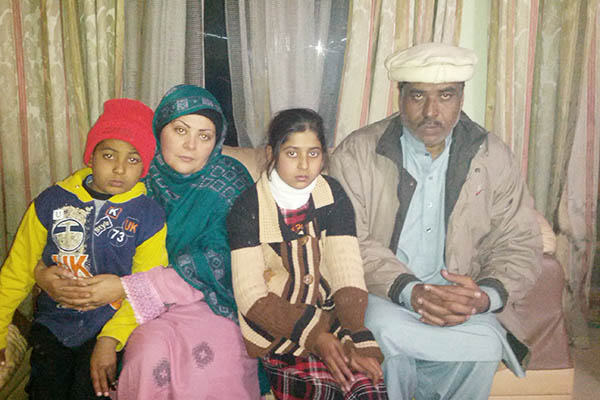 The tragedy in Peshawar continues to cause sorrow and heartache for the families of the children targeted by the Taliban.

The mother of one of the school children killed in the Taliban attack on the Army Public School in Peshawar regrets sending him to school the day his life was brutally cut short. “If I had known that [Tuesday] morning would be the last time I ever saw him, I would never have let him go to school,” Shahana Khalil told Newsweek of 16-year-old Asfand Khan Khalil from her home, alongside the rest of the mourning family. “I would have even been willing to sacrifice my own life if it meant ensuring his safety.”

The 36-year-old mother of three, whose husband is a lawyer, says her son was shot in the face. “How can I forgive these animals for destroying the face of my beautiful son?” she asked, as tears rolled down her face. The aggrieved mother says she couldn’t help herself when two of her son’s friends came to visit her a few days after the brutal massacre. “I asked them why they didn’t save my son from the terrorists. They said they couldn’t do anything,” she told Newsweek. “They told me the terrorists had opened fired on their classroom and as they ran toward the exits, Asfand slipped on some blood and was shot before he could recover,” she said.

“My son had no argument with the Taliban. What did they achieve by killing him? My tears will not permit them to rest,” she added. “If the terrorists think their brutal actions will earn them a place in heaven, they are wrong. Heaven can never be earned through bodies and tears.”

Shahana said her husband had lost both a son and a friend. “Asfand was like a dear friend to him,” she said, as her husband looked on in sorrow. “All he wanted was to join the Army and become an officer. He may not have been able to join the armed forces but he sacrificed his life for this land that he always wished to serve,” she added. “How can I convince myself he is dead? How can I live with this pain in my heart? I feel I’m alive but not on the inside … my son took my soul with him.” 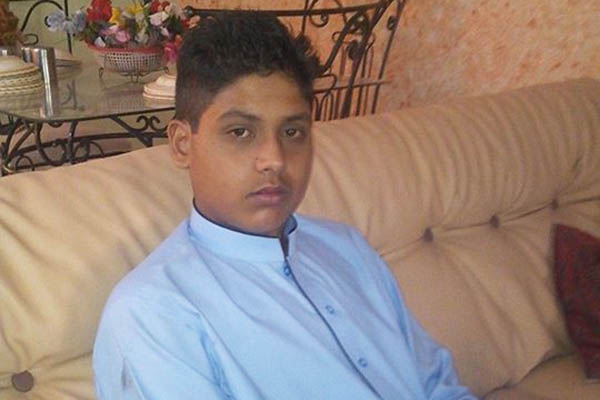 Ajoon Khan Khalil, the 45-year-old father of Asfand, said his family had nothing left in Pakistan. “I feel like I’ve lost my eyes because all my dreams for him have been shattered with his death,” he said. “I will take my family abroad. There is nothing left in this country for us apart from painful feelings and memories related to my beloved son.” Khalil said he was sure his son was in heaven. “I hope we can meet him someday and tell him how difficult it was to live without him.”

Wadaan Khan, Asfand’s younger brother, said he could not go to school the day of the Taliban attack because he was feeling unwell. “I asked him to bring me back some chocolates to help me feel better … that was the worst day of our lives,” he said. “If I could, I would erase that day so it never happened.”

Wadaan told Newsweek he was worried about his mother’s health following the death of his elder brother. “She has not stopped crying since Tuesday,” he said. His sister said she was also worried, as her mother couldn’t even bear to visit the graveyard where Asfand was buried. “She said she couldn’t think of her son lying beneath tons of soil,” said 14-year-old Maharusha Khan. The teenager said her brother had been full of life and humor and his death had left a massive gap in their lives. “His death has left our home bereft. There won’t be any more smiles or jokes or joyful voices here,” she added.

“The day of the attack, he told me to make his favorite meal for his return,” added Shahana with tears in her eyes. “I cooked it for him. Now I don’t know who will eat it.”

Look towards your other children and look for happiness in them by keeping the good memories of your son alive ,May Allah be with you ,I am talking from experience ,we lost our 20 year old son 21 years ago ,we are blessed with another son and daughter ,shukar heh Allah ka