Home Lightbox A Narrowing of the Mind

A Narrowing of the Mind 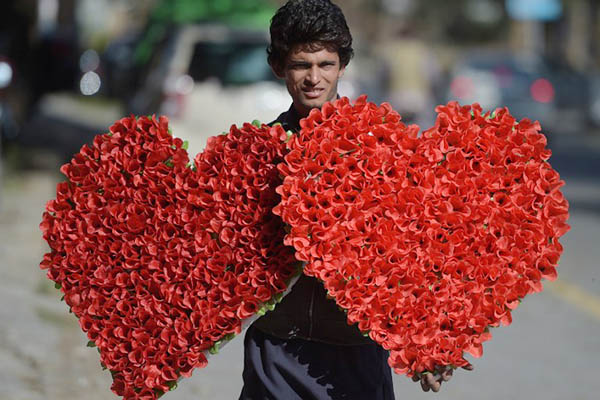 Pakistan’s ban on Valentine’s Day reflects a growing unease with depictions of love and romance among conservatives.

An informal poll conducted by daily Dawn found that over 80 percent of its readers agreed with the Islamabad High Court’s ban on Valentine’s Day because it was “against Islamic teachings.” The honorable court also directed the Pakistan Electronic Media Regulatory Authority to “stop all Valentine’s Day promotions immediately,” with PEMRA ordering local media to suppress ongoing promotion campaigns. The act of spreading love—against which there is no law—in an environment vitiated by hate speech—against which there exists a law—has been outlawed.

There is clearly a whiff of intimidation about this new development. In 2017, fear is de rigueur as the Islamic State based in Afghanistan gains strength and Islamabad appears powerless to resist its advance. The reason for this inability isn’t a mystery; the people suffering under the cruel yoke of I.S. and its affiliates tend to agree with their strictures of faith.

In 2015, an IBA student in Karachi pledged allegiance to I.S. and murdered local activist Sabeen Mahmud, owner of The Second Floor café. During interrogation, he told the police: “We shot her for holding a Valentine’s Day rally. My friend was riding the motorcycle but I was sitting at the back and I shot her five times.” Abdul Waheed, who approached the Islamabad High Court, had similarly demanded an end to Valentine’s Day because it promoted “immorality, nudity and indecency.”

But Pakistan isn’t the only state suffering from this narrowing of the mind. Saudi Arabia, needless to say, banned Valentine’s Day in 2012. In Malaysia, Muslim youth organizations have warned Muslim women against sending or receiving text messages containing emotions of love. While it may be easy to strictly attribute this “anti-love” sentiment to conservative Muslims, they aren’t the only ones rallying against Valentine’s Day. Extremist Hindu organization Bajrang Dal, based in India’s Orissa state, has also warned youth to “stay away from Valentine’s Day in any form.”

Love, it seems, is the one emotion that can unite conservatives of all stripes to take up arms against its innocent expression.