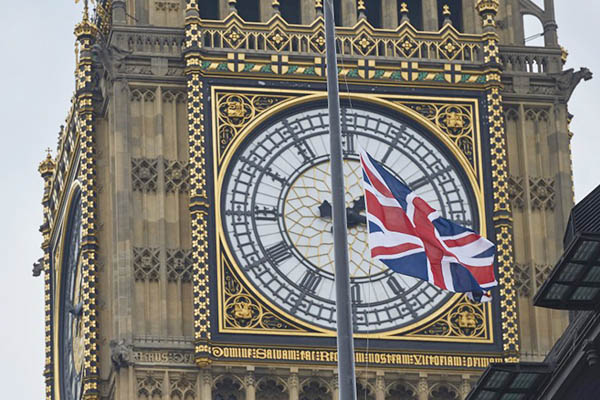 British attacker Khalid Masood, 52, was a British citizen who converted to Islam, according to media reports.

The man who mowed down pedestrians and stabbed a policeman in Wednesday’s deadly assault outside Britain’s parliament has been identified by police as 52-year-old former convict Khalid Masood.

Known by “a number of aliases,” London’s Metropolitan Police said he had been convicted for a string of offences but none of them terror-related.

Born on Christmas Day 1964 in Kent in southeast England, Masood had been living in the West Midlands where armed police have staged several raids since the attack, storming properties in the city of Birmingham. The police confirmed he was a British citizen.

He was brought up by a single parent in the town of Rye, on the southern English coast, according to The Times. Over the course of two decades, Masood chalked up a range of convictions for assault, grievous bodily harm, possession of offensive weapons and public order offences, police said, with the incidents taking place between 1983 and 2003.

Prime Minister Theresa May said he was once investigated by the intelligence service MI5 “in relation to concerns about violent extremism.” But Masood had never been convicted of terrorism offences and “was not the subject of any investigations,” the police said, noting there was “no prior intelligence about his intent to mount a terrorist attack.”

At 52, his age has been highlighted by commentators as unusual, with most Islamist extremists behind similar attacks far younger.

Although the police believe Masood acted alone, the Islamic State group claimed he was one of its “soldiers” acting on a call to target countries fighting the jihadists in Iraq and Syria.

Masood rented the car used in the attack from the Solihull branch of Enterprise, on the outskirts of Birmingham, the company confirmed in a statement. According to the BBC, he told the car rental company that he was a teacher.

A spokeswoman for Britain’s education ministry told AFP Masood was not a qualified teacher and had therefore not taught in any state schools.

The Sun tabloid said Masood stayed in a hotel on the outskirts of Brighton, a seaside city south of London, on the night before the attack. London’s Metropolitan Police would not confirm the newspaper’s report that investigators went to the hotel following the attack after finding a receipt in the hire car.

British media described Masood as a Muslim convert, with one source telling Sky News he was a “very religious, well spoken man.”

“You couldn’t go to his home in Birmingham on Friday because he would be at prayer,” said the source, who Sky said met Masood in a professional capacity. “He was a nice guy. I used to see him outside doing his garden,” Iwona Romek, a former neighbor of his told the Birmingham Mail. “He had a wife, a young Asian woman and a small child who went to school,” she said. Other media have reported that he was a married father-of-three.

Romek said the family had abruptly moved out of their house in Winson Green, a neighborhood in western Birmingham, around Christmas without saying goodbye. Romek said she could not imagine him carrying out an attack, adding: “Now I’m scared that someone like that was living close to me.”

More recently Masood may have been living in a flat next to a Persian restaurant and a pizza parlor in the upmarket Edgbaston neighborhood, according to reports.

One neighbor at that address told The Telegraph newspaper they were fearful after the day’s events: “It’s left me so scared and I don’t know what to tell the children. He seemed like a normal calm and kind family man, always with a smile on his face.”

Following an armed raid on the property overnight, a man working in a shop nearby told the Press Association simply: “The man from London lived here.”