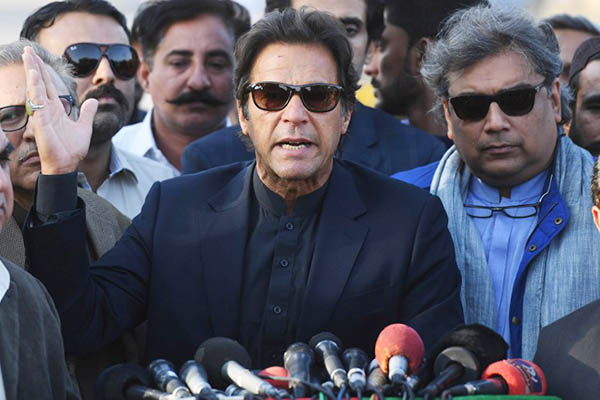 The Supreme Court of Pakistan has let Imran Khan of Pakistan Tehreek-e-Insaf (PTI) off the hook while convicting secretary general Jahangir Khan Tareen in a case under the “piety” Article 6 of the Constitution. No one is happy and that is unfortunate for the court. The opposition to PTI is unhappy that Khan was allowed to walk; the PTI is supposed to be unhappy that its secretary general has been ousted from politics for life. Pakistan Muslim League (Nawaz) cursed the court for disqualifying Nawaz Sharif and ousting him from premiership, the sort of thing the generals used to do. And it is deeply upset that the court has thrown out the case against Khan filed by PMLN leaders.

The post-verdict atmosphere is predictably more conflictual than settled and settlement is what a good verdict must bring about. Some commentators predicted this state of dissatisfaction with the judiciary after the court decided to adjudicate under somewhat contentious Article 6 and not abstain, saying the case is political and should be sorted out by the politicians. The ambience was further mired in bad language where politicians preferred to speak in expletives. The judges’ bad habit of lengthy egoistic expatiation in judgments has caught on, their verdicts containing references to crime fiction.

Tareen’s ouster from politics is going to cause some upheaval in PTI but will not lead to its scattering because of its autocratic boss, Imran Khan, whose word is law. He says Tareen will continue as secretary-general of the party giving lie to his earlier objection to Nawaz Sharif continuing at the head of the PMLN after his dismissal. But this is not the first time the PTI has been internally convulsed over Tareen. A party tribunal set up by Khan to adjudicate between Tareen and his opponents in the party had found against Tareen; and Khan had to dismiss the tribunal to retain him. The Supreme Court, alas, has not covered itself with glory and the brawling politicians living under a hypocritical Article 6 will go on earning people’s contempt. Pakistan has begun to hate itself in 2017.

After castigating PMLN for retaining N Sharif following his court ordered disqualification, I K Niazi ends up looking a hypocrite by instantaneously supporting J Tareen who has now been similarly disqualified.
I suspect that more than a few Pakistani judges and certainly most politicians and nearly all uniformed people consider the Blindness of Justice to be its disability, they would be much happier with targeted inquisition or vigilante assassination of an enemy, this concept of universal and equal application of law is novel to them and it makes them uncomfortable.

Article 6 has been wrongly quoted in this column. Article 6 deals with high treason. Here, the relevant articles of constitution of Pakistan are 62, 63, and 184.