Home Scope A Setback for the TTP

A Setback for the TTP 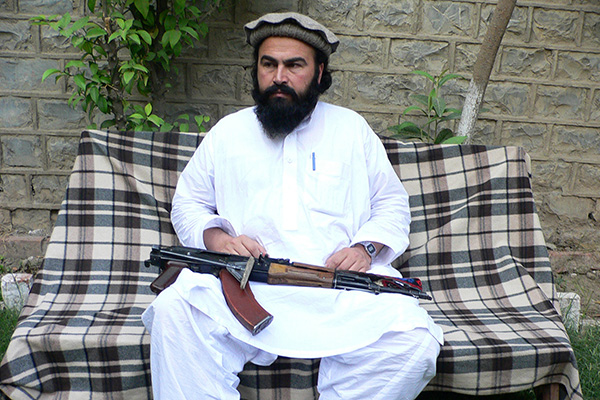 Wali-ur-Rehman’s killing in a drone attack also signals the death knell of Taliban’s peace overtures to the Pakistan government.

The killing of the Pakistani Taliban’s deputy leader is a heavy blow to the militants but could also complicate peace efforts due to the loss of a relatively moderate voice, analysts say.

Wali-ur-Rehman, second-in-command of the Tehreek-e-Taliban Pakistan, was killed in the early hours of Wednesday by a U.S. drone attack in the tribal district of North Waziristan, according to Pakistani security officials.

The Taliban have killed thousands in its bloody campaign of gun and bomb attacks in recent years, attacking the Pakistani state for being insufficiently Islamic and for allying itself with the U.S. war on terror.

Washington refused to confirm Rehman’s death, but said that if true it would mean the Taliban had lost its “chief military strategist,” blamed for assaults on U.S. forces in Afghanistan, including a suicide attack that killed seven CIA agents.

The Taliban groups numerous different tribal and militant factions, sometimes competing ones. Analyst Saifullah Khan Mehsud said the 42-year-old Rehman was the only figure since Baitullah Mehsud, the network’s founder, to inspire respect across the spectrum. “His death is a big blow to the [Pakistani Taliban], they have lost their statesman, they have lost a man who had the support of the rank and file, and I believe that it will be very difficult for the TTP to replace him,” said Mehsud, executive director of the FATA Research Center. “When we look at the current leadership, mid- and high-leadership among the TTP, we don’t see anyone who has supposedly the capability to replace Wali-ur-Rehman.”

Rehman, who had three wives and was a member of the Mehsud tribe that dominates the TTP, was a key figure in the outfit from its inception in 2007. He came from a religious background and set up a madrassah in his native South Waziristan before taking up arms.

Pakistan’s incoming Prime Minister Nawaz Sharif has raised the possibility of talks with the Taliban to try to end the bombings and shootings that plague life on an almost daily basis. Following Rehman’s death, the TTP has announced it will not participate in any peace process and will hold the Pakistani government responsible for drone attacks.

Tribal affairs and security expert Rahimullah Yusufzai said Rehman’s links to the mainstream religious Jamiat Ulema-e-Islam (Fazl) party, seen as a possible go-between in any talks, could have made him a useful interlocutor. “A common perception about Rehman was his political mind—he was considered as a man who believed in talks,” said Yusufzai. “He was close to JUIF and his elimination from the scene would be a great setback to the peace efforts.”

TTP supremo Hakimullah Mehsud, himself several times mistakenly reported killed by U.S. drone strikes, is seen as a more hardline militant and Mehsud the analyst said negotiating with him would be difficult. “He is considered as very volatile and considering his crimes against the Pakistani state, it would be very, very difficult for the Pakistani state to come to terms with the fact that will have to talk with someone like him,” he said.

In any event, peace talks look a distant prospect. Sharif has set accepting the Constitution and the rule of law as a condition for coming to the table, something the Taliban reject.

Moreover, meaningful dialogue could only go ahead with the blessing of the armed forces, Pakistan’s most powerful institution. Last month the Army chief, Gen. Ashfaq Kayani, made it clear the militants could not dictate terms for talks. “We sincerely desire that all those who have strayed and have picked up arms against the nation, return to the national fold,” he said in a speech. “However, this is only possible once they unconditionally submit to the state, its Constitution, and the rule of law. There is no room for doubts when it comes to dealing with rebellion against the state.”

Analyst Hasan-Askari Rizvi said the drone strike would raise pressure on the Taliban because they were powerless to strike back against the Americans. “It is a setback for the Pakistani Taliban. It has shown the U.S. capacity and it will build more psychological effects on the Taliban,” he said.