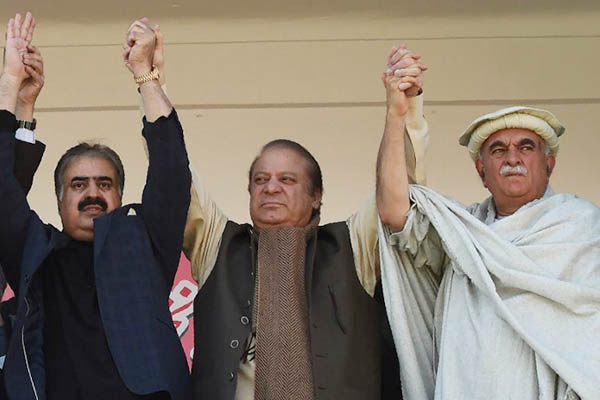 Balochistan’s tribal mores have resulted in a flawed democratic process

The Balochistan Assembly has gotten rid of its chief minister by threatening him with a vote of no-confidence that forced him to resign. Sanaullah Zehri belonged to the ruling Pakistan Muslim League (Nawaz) but was a tribal leader used to autocratic ways, seldom found in Quetta and spending more time in Karachi like all other Baloch leaders. He rarely met his cabinet, which is almost all of the provincial assembly because tribal “equality” demanded that all of them be made ministers equipped with protocol and the luxury of state funds.

The new “agreed upon” chief minister is Abdul Quddus Bizenjo, who won his seat from Awaran with only 544 votes. What is shocking is that only 2 percent of his registered constituency voted in 2013, a measure of how unconcerned the citizens of Balochistan are with a democratic process grabbed by tribal leaders called sardars. He is going to be the third chief minister to rule the province after the last election. About Awaran, where no independent reporting is possible, no one knows if it is even suitable for human habitation after 70 years of Pakistan’s existence.

The sardars lack all sense of proportion because there are no limits to their personal power. In 2016, the National Accountability Bureau (NAB) recovered more than Rs. 730 million in cash, including U.S. dollars, from the residence of Balochistan’s Finance Secretary Mushtaq Ahmed Raisani, a tribal civil servant, who was buying up fabulous amounts of property in Karachi from money meant for development in the local bodies of the province.

Unsurprisingly, the Baloch have rebelled against these conditions, their movement finding echoes in the U.S. Congress, and luring India into infiltrating spies to incite rebellion. Yet Balochistan is almost half of Pakistan territorially and full of natural resources that promise to take Pakistan out of its low-growth rut—if only it can find the stability needed to utilize it.