Home Culture A Timeline of Couture 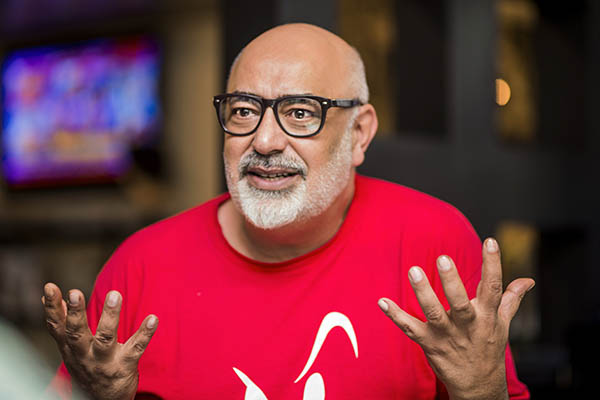 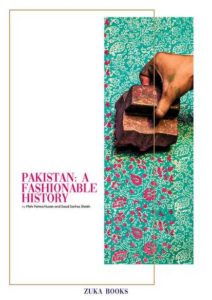 Fashion has always been core to the cultural ethos of South Asian heritage. Modern-day Pakistan is no different. From the Mughal domination of the 16th century’s sartorial scene—the Indian Subcontinent-spanning empire boasting opulence with expensive fabrics of silk, brocade and muslin, liberally adorned with embroideries of paisleys, dots and checks—to the arrival of the British with their sleek ‘top and trousers,’ the country’s fashion has always embraced its rich, multicultural past, learning from history to produce styles that address the desires of today’s fashionistas.

Pakistan: A Fashionable History, by Mehr F. Husain and Saad Sarfraz Sheikh, is a first of its kind, coffee-table book that chronologically narrates the evolution of Pakistan’s clothing trends. Divided into three chapters: ‘Libas’; ‘The Formation’; and ‘The Expansion,’ the book is liberally sprinkled with anecdotes and chapters on Pakistan’s chief fashion creative, past and present. There are insights from, and deep dives with, top tastemakers such as Pakistan Fashion Design Council (PFDC) Chairperson Sehyr Saigol, who has been a backbone of the Pakistani fashion industry since the 1960s, and who led the industry into a lucrative world of pret and retail, and internationally-acclaimed hairstylist/makeup artist Tariq Amin, who gave up a potential career in business to take up styling as a career, eventually opening his own salon. There are also elaborate accounts on the versatile Fifi Haroon, who launched Xtra, a lifestyle magazine featuring “daring” photoshoots to empower and embolden women who had been particularly repressed under Gen. Ziaul Haq and his denunciation of “Western culture” during the 1980s; and Tapu Javeri, Pakistan’s leading fashion and lifestyle photographer.

In an exclusive book launch for LLF Online, hosted by the Lahore Literary Festival, Fifi Haroon spoke to the authors about their motivation for producing this book despite neither having any links to the fashion industry prior to this.

Mehr, a former columnist for the Daily Mail, was inspired to take a closer look at the fashion industry three years ago, after she noticed a woman—dressed to the hilt with four-inch heels, a three-piece lawn suit and freshly blow-dried hair—dropping off a child at the same school that her toddler was enrolled at. “Something inside me was triggered and I thought—who is making her do all of this and dress this way?” she narrated at the launch. 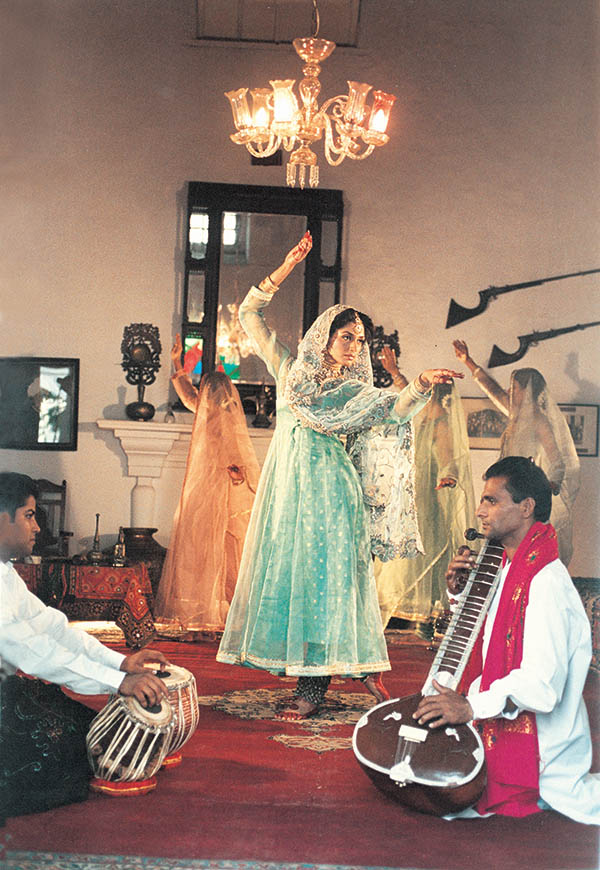 The question led her to contact her friend, photojournalist Saad Sarfraz Sheikh, whose work has appeared in Time Magazine, Getty and Forbes among others, and pitch a book that would document the social-history of the Pakistani fashion industry following Partition in 1947.

The oversized book, replete with gorgeous photographs and prints from throughout Pakistan’s history that complement the text, is truly a worthy addition to any Pakistani’s coffee-table. A special acknowledgement is merited for art director Minhaj Ahmed Rafi, who has done a tasteful job of rendering the content in an aesthetically pleasing manner.

While Mehr is credited for the bulk of the text, Sheikh undertook the arduous task of building the book’s image catalog. His research took him to bazaars and used bookstores across Karachi to locate fashion magazines, many long since defunct, that propelled Pakistan’s fashion industry in its formative years. Editor Rehana Hakim aided Sheikh’s efforts by granting him access to the archives of Newsline magazine before the legendary journal was discontinued in 2019.

Although primarily a book on fashion, Pakistan: A Fashionable History can be enjoyed by anyone who appreciates history and photography. It does not delve too deeply into the intricacies of the textile industry, or the complicated business models that drive it. Instead, it chooses to document the struggle of the movers and shakers of the Pakistani fashion industry—designers, models and photographers—and the collaboration necessary to sustain the industry’s relevance.

It is common for a particular segment of Pakistanis to deride local fashion designers, but the photographs found in this book prove they are more than capable of translating their craft into an art form by producing iconic styles that span a wide range of shapes, forms and even colors. Noor Jehan Bilgrami’s legendary block-printed outfits, or the bridal wear of Bunto Kazmi—both highlighted in this book—are testament to Pakistani fashion producing clothing that would not be amiss on any global catwalk, while still being widely wearable for local tastes.

A portion of Pakistan: A Fashionable History is also dedicated to highlighting influential personalities wearing the wares of local designers and being celebrated as international style icons in traditional outfits. One such example is that of former prime minister Benazir Bhutto, whose wedding outfit left the world dazzled, and was designed by Karachi-based living legend Faiza Samee.

Pakistan: A Fashionable History is an insightful look into the origins and evolution of one of Pakistan’s most lucrative industries. But while its focus on the past is truly praiseworthy, it falls a bit short for readers seeking deeper insight into what differentiates pioneering designers of the past, and modern day fashion-moguls or jewelry designers who increasingly make up a large portion of Pakistan’s fashion industry. Hopefully, with the success of this book, that is something that Husain and Sheikh can dig into with a much-deserved sequel to this groundbreaking work.

Omar is the Digital Director of the Lahore Literary Festival