Home Lightbox A Woman of Substance 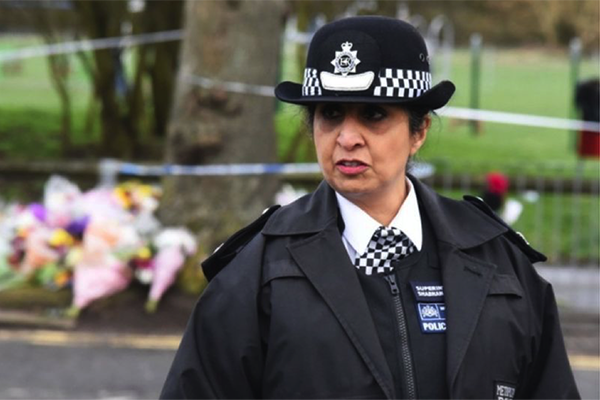 Shabnam Chaudhri, among the first South Asian women to climb the ranks of the Metropolitan Police, walked a tough beat

Trailblazing Shabnam Chaudhri—among the first South Asian women to be appointed detective superintendent in Britain’s Metropolitan Police—was little-known to the British public until she was forced to retire last year after decades of being held back, allegedly due to the racist attitudes of her superiors.

An award-winning role model—she received the Outstanding Contribution prize at the No2H8 Crime Awards for her work tackling hate crime—the 55-year-old Chaudhri is quick to assert that her time in the British police service had both ups and downs. “I have a balanced view of my journey,” she tells Newsweek. “I don’t say that I had 30 years of pure racism. People would say that if it was that difficult and you had that much racism within your organization, why did you stay? Because I believed in what I was doing, because I was determined, because I knew I could, I was, and I did make a difference,” she said, adding that she knew that if she quit at the first sign of difficulty, it would shut the “doors to other ethnic minority women.”

Born in Karachi, Chaudhri’s family, including her then-six siblings, migrated to Britain when she was 18 months old. “I was brought up in [London’s] East End in a predominantly white English street but in an Asian community, and went to school there,” she says. Recalling a very strict upbringing, she says her father was especially stern with the children. “No jeans were allowed in the house, no watching certain programs, certain newspapers weren’t allowed and we weren’t allowed out after school,” she says.

In her youth, Britain was rife with overt racism was rife, and Chaudhri admits her family was also affected. “We did suffer racism within our community, we were abused by many white people on our street, we had banners thrown through our letter box, we had our car scratched,” she recalls. “My father never allowed us to retaliate because he would say we have to be respectful and show that, as a family, we are really grateful for being in a different country, and we need to embrace the different cultures and different way of life,” she adds.

The abuse instilled in Chaudhri a desire to make a difference, to foster communities where people of all cultures and beliefs could live and work together. At 16, while she was working at a menswear shop, she found her inroad when local police noticed her natural detection skills. “A lot of policemen who came into the shop would say ‘you’re very clever, you’re really street-wise, you’ve got a lot of common sense. You pick up on shoplifters and credit card fraudsters very, very quickly,’” she says, noting that there was a £50 reward for catching fraudulent credit card transactions, and one month she ended up making £600—more than her monthly salary.

She says that her appreciation for the concept of policing grew as she interacted with more police officers. “It [policing] was about catching bad guys, it was about helping victims of crime and it was about me, as a Muslim woman, making a difference to policing, to communities and to society in general,” she says. 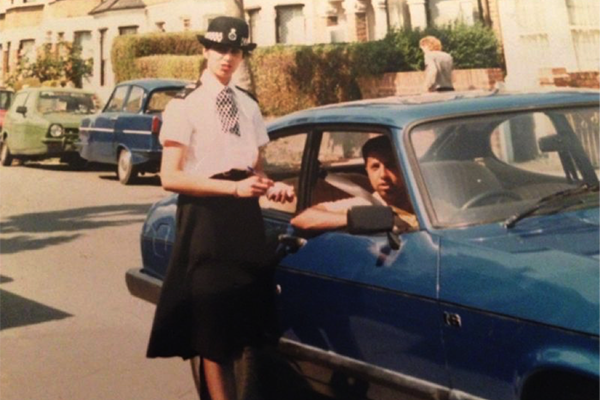 But there was a barrier to her joining the ranks of the police: her parents wanted her to get married first. “[This was] 35-40 years ago when arranged marriages and forced marriages were common. So suitors came to the house—tall, short, bald, 45-50 years old when I was 18-and-a-half,” she says.

Not helping matters was the police rejecting her first three applications to join the force. They told her she was too skinny, too young. Four years, and seven attempts later, she was accepted to the Metropolitan Police in 1989. It was the “happiest day that I can probably remember,” she says, and credits her mother for offering unwavering support.

“I get quite emotional about it now as she [mother] passed away in 2006. She was the main inspiration for me to follow my dreams. When I got in she was very, very proud. More so as time went on, as initially she hesitated because I had to wear a skirt, walk a patrol beat, and she feared I’d face racism within the organization as well as from community members,” she says.

Chaudhri admits that sometimes she had to laugh off abuse and racist language because it was expected of her. “When I first joined, and I’m not proud of this, I indulged in ‘banter’ because that was the norm,” she says. “On one occasion, a fellow officer grabbed me, put a weapon to my head, and said, ‘Everybody stop or the Paki gets it.’ I wanted to do my job, so I accepted it as part and parcel of being an officer,” she adds.

In a decade, Chaudhri climbed through the ranks to become detective sergeant—but found herself being held back after she made an official complaint of racism in 1999. “When I decided to seek promotions, for example, at certain levels, suddenly I was under-performing, not doing my job so well—a whole list of issues they had never communicated to me,” she says. “I remember a comment in one application rejection in which they said I was good with Asians, blacks and ethnic minority communities, but was rubbish elsewhere,” she says. “They put that comment on the application, which I found really offensive and upsetting because I know that’s not true,” she recalls.

That same year, the McPherson Report had labelled the Metropolitan Police “institutionally racist” after the tragic murder of black teenager Stephen Lawrence. The report recommended all officers undergo racism awareness training. After attending just session, Chaudhri complained some officers were using racist language, with one mispronouncing “Shiites” to make a joke, and another referring to Muslim headwear as “tea cosies.”

Instead of being supported over her concerns, Chaudhri was alienated and made to feel victimized. “My position became untenable. Stuff went missing off my desk. My team stopped talking to me. How am I supposed to do my job, investigate crime, deliver service to the people of London, when I can’t even sit in an office to do my job?”

The situation came to a head in 2015 after Chaudhri succeeded in her initial application for a role as a staff officer at the Inspectorate of Constabulary. But the offer was suddenly withdrawn. It later emerged that during the vetting process, Chaudhri had admitted she knew someone whose family might have been involved in crime. The Professional Standards Department graded the association “medium risk,” ruling her out of the job. It later downgraded to “low risk”—but it was too late.

“I think there’s an unconscious bias within Professional Standards. You have people that have worked there for years who are set in their ways, who have certain views against certain sections of the community,” she says.

After the vetting fiasco, Chaudhri was appointed acting superintendent for the Met’s East Area. But when she applied for a permanent role in the same post, an anonymous complaint alleged she had falsified her work hours—prompting Professional Standards to launch a seven-month probe over allegations of gross misconduct.

Chaudri says this proved the last straw, as she couldn’t deal with the constant battles every time a promotion was due. She put in for retirement in December 2019 after the investigation cleared her of falsifying her working hours, and of gross misconduct. “I got diagnosed with PTSD and developed tinnitus [during this time],” she says of the stress she was under.

End of an era

A high point prior to her retirement, says Chaudhri, was getting to return to Pakistan in 2019 as a representative of the Met Police. “It was spectacular on another level,” she says. “I went there representing U.K. policing, in uniform, with my medals. We went to Lahore and Islamabad, and trained senior police officers as investigators. It was a really good experience,” she says.

Despite her experience, Chaudhri maintains she loved her job. “I loved helping victims of crime, and I loved being an officer. I was never going to give up; I’m proud of that,” she says. “I felt I served myself, my family, and the service with dignity and respect. It has been one hell of a rollercoaster ride, but I wouldn’t change any of it.”