A Year of Death and Destruction for the Islamic State 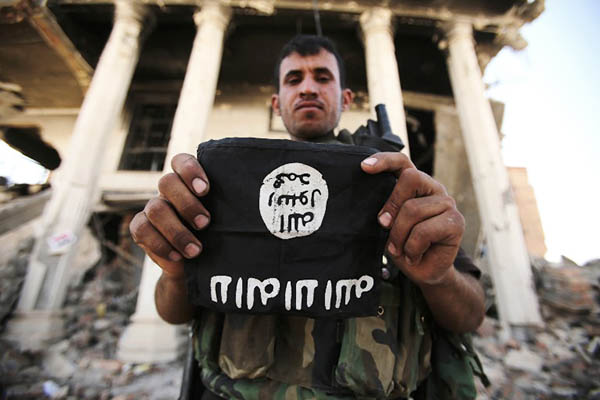 Militant ‘caliphate’ has caused thousands of deaths and displaced millions in ongoing offensive.

The Islamic State jihadist group launched a sweeping offensive a year ago that overran large chunks of Iraqi territory, led to thousands of deaths and displaced millions of people. These are some key events in the conflict:

Aug. 14: Maliki, whose policies helped fuel I.S.’s rise, steps aside, and is replaced by Haider al-Abadi.

Aug. 19: I.S. says it has beheaded U.S. journalist James Foley, releasing a video of the killing.

Aug. 22: Shia militiamen gun down 70 people in an apparent revenge attack at a Sunni mosque in Diyala province.

Nov. 14: Iraqi forces recapture the strategic town of Baiji, but subsequently lose it.

Feb. 3: I.S. video shows Jordanian pilot Maaz al-Kassasbeh being burned alive in a cage after his December capture in Syria.

March 31: Abadi announces Tikrit has been retaken, a victory marred by pro-government forces burning and looting dozens of houses and shops.

May 17: I.S. seizes Anbar capital Ramadi, which along with the capture of Palmyra in Syria a few days later signal its most significant victories in almost a year.