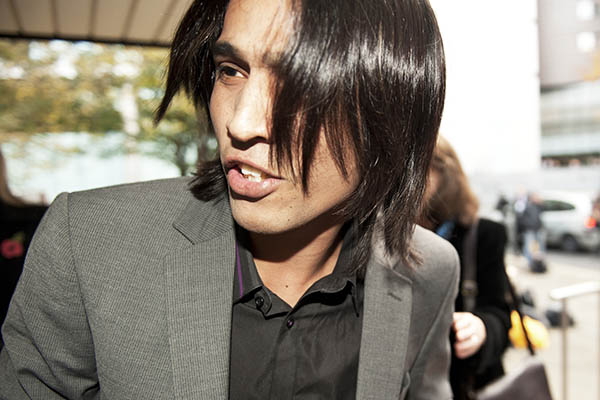 Fast bowler has opted to act in Pakistani film while waiting for his five-year ban over spot fixing to expire.

Pakistani fast bowler Mohammad Aamer is set to make his big-screen debut, he told AFP on Thursday, as he struggles to make ends meet while serving a ban for spot-fixing.

Left-arm quick Aamer was rated one of the best young talents in world cricket until his fall from grace in the notorious Lord’s Test against England in 2010. Aamer, then 19, was hit with a five-year ban from cricket after he was caught in a tabloid newspaper sting along with captain Salman Butt and pace partner Mohammad Asif agreeing to bowl no balls to order.

The ban is due to end in September 2015, when Aamer said he would go back to the sport. “I have been offered the hero role in a Pakistan film and I have decided to take this opportunity but once my ban is lifted my first priority will be cricket,” said Aamer.

The 22-year-old said he took the role in Blind Love, offered by director Faisal Bukhari, because he was hard up. “For four years now I have not played cricket which was my bread and butter, so I had to find ways and means to earn and this opportunity has come as a blessing,” said Aamer.

Aamer shot to fame in the first year of his career, leading Pakistan’s pace attack in their 2009 World Twenty20 win in England and earning comparisons with the great Wasim Akram. A year later he took seven wickets in his team’s remarkable win over Australia in the Leeds Test, leveling the neutral venue series 1-1. That same year he finished as man-of-the series despite Pakistan’s 3-1 defeat against England, taking 19 wickets in four matches.

But his rise to stardom collapsed dramatically with the spot-fixing scandal during the fourth and final Test at Lord’s, which led to jail terms for him, Salman Butt and Muhammad Asif.

The Pakistan Cricket Board (PCB) last year launched a campaign to get relaxation on some of the conditions of Aamer’s ban. Subsequently the International Cricket Council formed a committee to look into the request and in October this year will review its code of conduct through which Aamer and his fellows were banned.