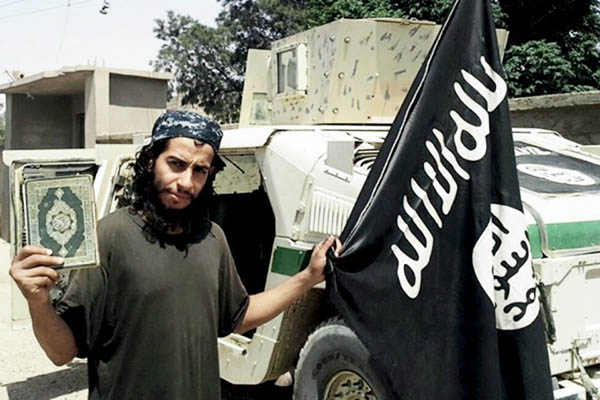 Bernard Cazeneuve says the Paris attacks ringleaders was thwarted in the earlier attempts.

Paris attacks ringleader Abdelhamid Abaaoud was implicated in four thwarted French terror plots this year, a minister said Thursday, deploring the fact that no-one had flagged his presence in Europe.

“Six attacks have been avoided or foiled by the French services since spring 2015. Abaaoud was implicated in four of them,” Interior Minister Bernard Cazeneuve told reporters, shortly after the Islamic State jihadist’s death was confirmed by French prosecutors’ office.

Abaaoud was killed on Wednesday in a massive police raid five days after a series of deadly attacks on Paris that left 129 people dead and over 350 wounded. The Belgian jihadist was thought to be in Syria, where he has appeared in several I.S. videos calling for attacks on Europe, and his presence in France raises huge questions about security failings.

“No information from European countries he could have passed through before arriving in France was communicated to us,” Cazeneuve said.

It was only on Nov. 16, three days after the bloodbath, that “intelligence services of a country outside Europe indicated they had knowledge of his presence in Greece,” he said, without specifying which country. Cazeneuve said Abaaoud had been linked to a foiled plot in April to attack a church near Paris when the alleged attacker Sid Ahmed Ghlam accidentally shot himself in the leg.

Police were also investigating his link to a foiled attack on a high-speed train from Amsterdam to Paris in August. Two off-duty U.S. servicemen and a friend stopped a potential bloodbath when they tackled a man who had opened fire on board.

Cazeneuve said all of the foiled attacks against France had the same modus operandi, the “planning from abroad of a violent act by jihadists from European countries, trained in the use of weapons and then sent to our territory to carry out the attacks.”

“Everyone must understand it is urgent that Europe wakes up, organizes itself and defends itself against the terrorist threat,” Cazeneuve said.