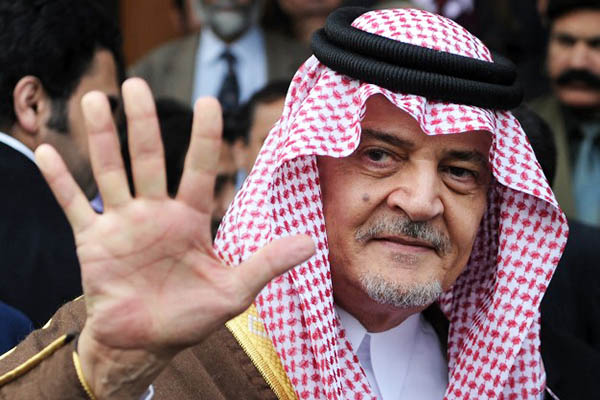 There is no truth to the speculation that Saudi Arabia is negotiating former president Pervez Musharraf’s departure from Pakistan, according to the kingdom’s foreign minister.

Rumors have circulated for months that a backroom deal would be struck to whisk Musharraf—currently facing treason charges—overseas, possibly to Saudi Arabia or the United Arab Emirates, to avoid a potentially destabilizing clash between the government, which brought the charges, and the armed forces.

However, asked whether there was any truth in the rumors, Saudi Foreign Minister Saud al-Faisal said: “Absolutely not.” The minister, currently on a visit to Pakistan, said Riyadh had a principle of “non-interference in the internal affairs of any country and especially a friendly country.”

Earlier in the day, a special court set up to try Musharraf for treason adjourned till Wednesday to consider a medical report on his heart complaint. Judge Faisal Arab, who heads the three-member bench, told the court: “We will give an opportunity to both sides to examine (the report) and then we will decide accordingly.” Ahmad Raza Kasuri, a lawyer for Musharraf, told reporters that owing to the complexity of the medical issues the matter could only be debated once both sides had been given time to assess the report.

The report, a copy of which was seen by AFP, says the former general is suffering triple-vessel coronary artery disease and notes that his father died of the same condition. Further tests are needed to decide whether Musharraf needs a heart bypass operation, said the report signed by Armed Forces Institute of Cardiology (AFIC) executive director Major General S. M. Imran Majeed.

The 70-year-old former chief of Army staff was rushed to the AFIC in Rawalpindi on his way to the tribunal last week due to “heart problems.” The health scare has been met with skepticism by some observers, and media speculation that his departure as part of a face-saving deal to avert a civil-military clash could be imminent.

Pakistan army, USA and Saudi Arabia are very old friends of each other since 1958 when Ayub Khan introduced dictatorship to silence the political parties in Pakistan.

Zia, Saudi Arabia and USA, altogether fought against the Soviet invasion of Afghanistan and the Cold War rivalry ended in our region.

Musharraf, USA and Saudi Arabia fought side by side on the “War of Terror” in Afghanistan and also in Pakistan.

So you can conclude how an Ex – army General like Musharraf would face a trial in Pakistani courts when you have Two Strong Global Friends and an army medal in your pocket. What a Joke!