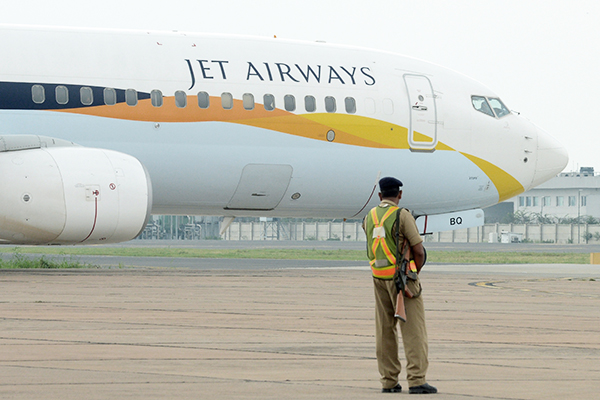 India’s Jet Airways has completed the sale of a 24 percent stake to Abu Dhabi’s Etihad Airways, sealing the first deal with a foreign airline since New Delhi eased ownership rules, the carriers said on Wednesday.

Jet Airways in April announced the $335-million plan to sell the stake to Etihad, taking advantage of government moves a year ago to open up the aviation sector to foreign investment. “All requisite Indian regulatory approvals” have been obtained, the airlines said in a joint statement, adding they had “closed the transaction.” Said James Hogan, Etihad’s chief executive:

“India is one of the largest and fastest-growing markets in the world and a key part of the Etihad Airways’ growth strategy.”

The sale by Jet Airways, one of India’s biggest publicly traded carriers, has been regarded as a key test of India’s ability to attract foreign investors to its ailing airline sector. Indian carriers need money to fund expansion and cut debt after years of losses caused by fierce fare battles and rising fuel costs. The Congress-led government last year allowed international carriers to buy up to a 49 percent stake in domestic airlines.

“The infusion of foreign direct investment in the aviation sector will result in economies of scale, grow traffic at our airports, and create job opportunities,” said Naresh Goyal, a former travel agent who is the founder and chairman of Jet Airways.

The aviation sector, once vaunted as a symbol of India’s economic vibrancy, has seen its fortunes stumble in the face of a slowing economy, overexpansion, and rundown infrastructure.