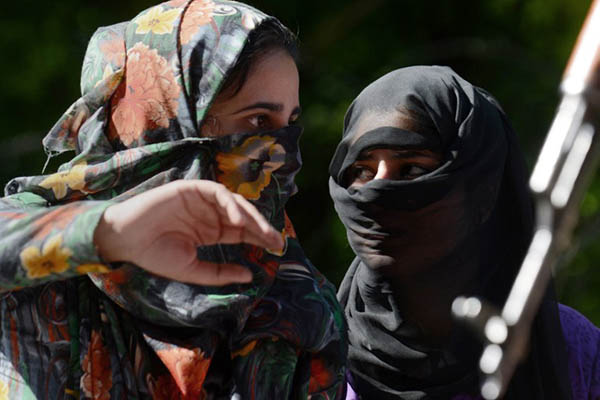 Two human rights groups in India-administered Kashmir will ask New Delhi and the United Nations to investigate more than 1,000 alleged cases of abuse by the army after failing to secure justice in the courts, they said Wednesday.

Top military and police officials are among hundreds named as having committed crimes during the ongoing conflict, according to the report by the Parents of Disappeared Persons and the International People’s Tribunal for India-administered Kashmir.

Military personnel were responsible for 1,080 extrajudicial killings, 172 disappearances and numerous cases of torture and sexual assault in the disputed region, the report, titled Structures of Violence: The Indian State in Jammu and Kashmir, said.

Evidence by the rights groups gathered over four years includes hundreds of on-the-record testimonies from witnesses and victims, scrutiny of official records under right-to-information laws as well as lengthy litigation. “This report will be submitted to the U.N. Human Rights Council as well as the government of India,” Khurram Pervez, a prominent rights activist who took part in the investigation, said.

The NGOs say all remedies available within the Indian justice system have been exhausted, and named 972 alleged perpetrators it says have gone unpunished.

Kartik Murukutla, an author of the report and a lawyer who has sat on a U.N. tribunal for Rwanda, said government forces received “institutional impunity.”

An army spokesman said he had not seen the report and had no comment, while the local government had no immediate response.

India and Pakistan both administer divided Kashmir in part but claim it in full, a constant source of tension between the rivals.

An emergency law in force in the India-administered region since 1990 grants security forces wide powers to raid homes and kill on suspicion of illegal actions, and forbids them from being tried in civilian courts. But rights activists say the civilian victims of abuses by soldiers often struggle to bring complaints to the military courts, which are reserved for internal disciplinary hearings, leaving them with limited legal recourse.

However on Monday six Indian soldiers were sentenced to life in prison after a military trial found them guilty of abducting and killing three civilians in 2010 during a gun battle near the border with Pakistan.