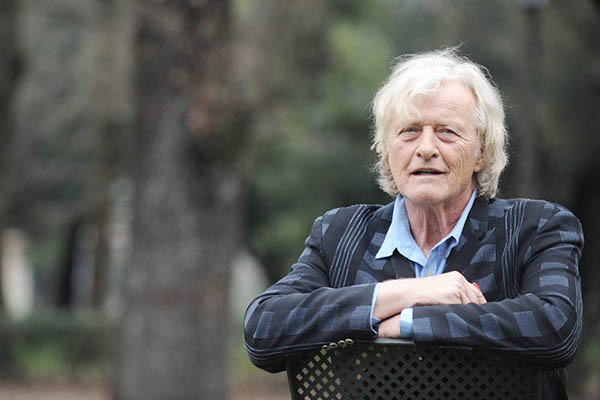 The veteran, best known for his role in ‘Blade Runner’ died at home after a brief illness

Hollywood actor Rutger Hauer, who became a global cult icon for his role as the scary yet thought-provoking humanoid android in the 1982 sci-fi classic Blade Runner, has died at the age of 75.

Hauer’s non-profit HIV/AIDS charity, the Rutger Hauer Starfish Association, said on his website it was announcing “with infinite sadness that after a very short illness, on Friday, July 19, 2019, Rutger passed away peacefully at his Dutch home.” Dutch media said Hauer was buried at a private ceremony as the film world paid tribute.

“RIP the great Rutger Hauer: an intense, deep, genuine and magnetic actor that brought truth, power and beauty to his films,” Mexican filmmaker Guillermo del Toro Del Toro tweeted. “Rutger was to me what Marcello Mastroianni was to [Federico] Fellini, an alter ego,” fellow Dutchman director Paul Verhoeven, who gave Hauer his first big break, told the Dutch national ANP news agency. “I’m especially deeply sad that he’s here no more. I am going to miss him terribly,” he said.

Set in a dystopian Los Angeles of 2019 and directed by Ridley Scott, Blade Runner catapulted the tall, blonde Dutch actor with piercing blue eyes to international stardom. His last haunting monologue in the movie as the genetically engineered replicant Roy Batty could perhaps stand as his own obituary: “I’ve seen things you people wouldn’t believe… all those moments will be lost in time, like tears in rain. Time to die.”

“Half of Roy is me,” said Hauer, who went on to play a number of memorable menacing bad guys who sent shivers down audiences’ spines.

On the 30th anniversary of the film’s release in 2012, Hauer told reporters in Milan that it “was completely delicious to work on. I can’t even fathom how it feels to be alive and an icon basically because of this movie.”

Starring Harrison Ford as a special police agent sent to hunt down renegade replicants who have returned to Earth from human colonies in space, Blade Runner initially bombed at the box-office. But it went on to become a cult movie, attracting a devoted fan-base. “I feel that the wings of Blade Runner are literally carrying me around. It’s unbelievable and beautiful,” Hauer told Italian television in a 2016 interview.

Born on Jan. 23, 1944 in Breukelen just outside Amsterdam to Dutch parents who were both actors and ran an acting school, the young Hauer showed an early rebellious and wild streak. At 15 he ran away to sea, traveling the world on a Dutch Merchant Navy freighter picking up English, German, French and Italian on the way.

After returning to the Netherlands, he took up acting properly joining a touring company bringing theater to Dutch villages.

In 1969 he got his first real break when he was cast in the lead role of a swashbuckling historical Dutch television series called Floris directed by the then little known Verhoeven. It triggered a years-long collaboration between the two, although it was said they fell out in the mid-80s.

Verhoeven cast Hauer in his first major film role in Turkish Delight in 1973. But it was when Hauer was teamed up with Hollywood star Sylvester Stallone in the 1981 thriller Nighthawks that he first came to the attention of American audiences. The following year he appeared as Batty, model number N6MAA10816, the leader of the renegade Nexus-6 replicants in Blade Runner and never looked back.

For half a century Hauer was prolific, working on more than 100 films—although some critics said he appeared in more than his fair share of bad movies. He was also a noted campaigner for HIV/Aids research and set up his own association in 2000, in addition to his work as an environmentalist.

The recipient of many awards, Hauer won a Golden Globe for supporting actor in 1988 for his role in a British made-for-TV World War II drama Escape from Sobibor and was nominated again in 1995 for his role in the TV film Fatherland based on Robert Harris’s alternate universe bestseller in which Germany wins the war.

The 1986 film The Hitcher also showed off Hauer’s talents in the role of a psycho with a gun who randomly targets a couple who give him a lift. In typical Hauer fashion “he smiles, he smirks, he drips with swag. He is totally unstoppable, and he’s utterly terrifying,” wrote one critic.