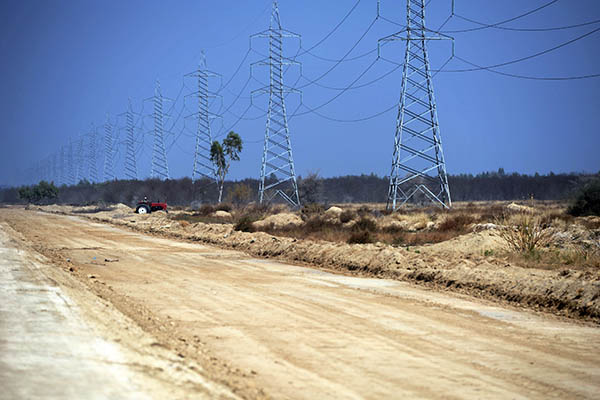 The Asian Development Bank said Friday it has approved combined loan assistance to Pakistan of nearly $1.4 billion for programs targeting its power sector, a crucial boost as Islamabad struggles to resolve a years-long energy crisis.

The Manila-based bank said $990 million would go to a power distribution enhancement program that would introduce a metering system for power companies across the country, helping to reduce loss and improve revenue collection and load management. A second program will receive a $400 million loan to support ongoing policy reforms aiming to build an affordable, sustainable energy sector, the ADB statement said.

Pakistan has been struggling to provide enough power to its nearly 200 million citizens for years, and solving the energy crisis was a key campaign pledge for Prime Minister Nawaz Sharif in the run-up to the 2013 general elections.

Chronic infrastructure problems and daily-load shedding are complicated by the vicious cycle of “circular debt,” brought on by the dual effect of the government setting low electricity prices and customers failing to pay for it, resulting in state utilities being unable to pay their bills and suppliers cutting them off.

“Nearly 20 percent of generated electricity is lost due to high technical and commercial losses and measures like the installation of the AMI [advanced electricity metering infrastructure] system are necessary to counter this,” the statement quoted Adnan Tareen, a senior energy specialist as saying. “The two programs, collectively, will help create a more efficient, transparent, modern and sustainable energy sector.”

The new assistance comes on top of a $1.2 billion annual package for Pakistan announced by the ADB in August to improve infrastructure and create jobs. It was announced almost two weeks after Pakistan said it would receive the next installment worth $502 million of its loan from the International Monetary Fund in December as part of a three-year economic bailout package.