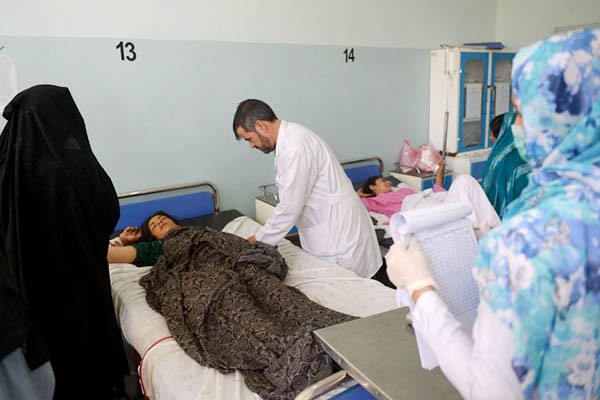 Officials say 16 Taliban fighters were also killed in the assault

Afghan authorities said on Tuesday the country’s air force had killed up to 13 civilians including women and children in airstrikes targeting a Taliban base in the western province of Herat.

The strikes, targeting a prison and command base run by the insurgents in volatile Shindand district, also hit nearby houses late Monday evening, Herat provincial spokesman Jilani Farhad told AFP. “Unfortunately 13 civilians including women and children were killed in the airstrikes, and seven more injured,” he said.

At least 16 Taliban fighters were also killed, he added.

A provincial police statement also confirmed the airstrike and civilian casualties. The area is remote and inaccessible, and AFP was unable to independently verify the claims.

The defense ministry confirmed the Afghan Air Force had carried out strikes. “As per our information, 18 Taliban fighters were killed in the airstrikes, but we have heard about the reports of possible civilian casualties, and we will investigate it,” ministry spokesman Dawlat Waziri said.

Civilian deaths are at their worst in Afghanistan since records began in 2009. In the first half of the year, 1,662 civilians were killed and more than 3,500 injured, according to the United Nations. The bloody toll of the first six months of 2017 has unsettled the government of President Ashraf Ghani, who has come under increasing pressure over civilian casualties.