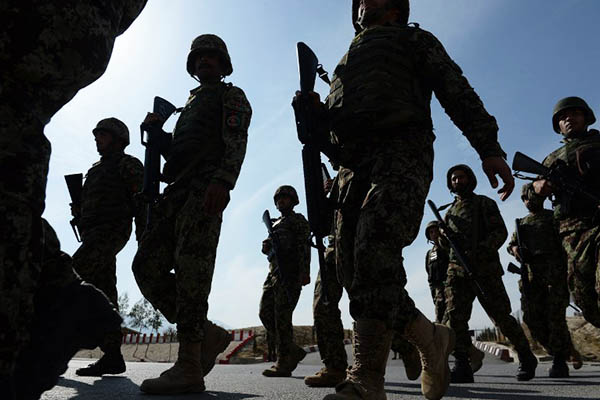 Defense ministry claims it has evidence that shows hundreds of fighters entering Afghanistan from Pakistan.

A deadly attack on an Afghan army outpost that left 21 soldiers dead was planned “outside Afghanistan,” a term used by Afghan officials to refer to neighboring Pakistan, an official said on Monday.

Hundreds of militants stormed an Afghan army outpost in the eastern province of Kunar on Sunday, triggering a four-hour battle. The predawn attack was the single deadliest strike on Afghan troops in recent months by the insurgents and also left five soldiers missing. The Taliban claimed credit for the attack.

“It was a very big attack planned outside Afghanistan,” defense ministry spokesman Gen. Zahir Azimi told reporters. “We have evidence. Our human and electronic intelligence show that hundreds of fighters had come from the other side of the border,” he said referring to Pakistan. “There were Pakistanis, Arabs and Chechens in addition to local insurgents involved in this attack,” he said.

Afghanistan and Pakistan regularly accuse each other of supporting militant attacks in the other country. Pakistan recently said that 23 of its kidnapped paramilitary soldiers had been killed on Afghan soil.

Afghanistan and Pakistan share a lawless border stretching around 2,000 kilometers along the southern and eastern edges of Afghanistan. Pakistan was the main supporter of the former Taliban regime in Afghanistan, and Afghan officials have long voiced suspicions about connections between the hardline movement and Islamabad’s powerful intelligence services.