Afghan Conflict Could be Deadlier Than Syria in 2018 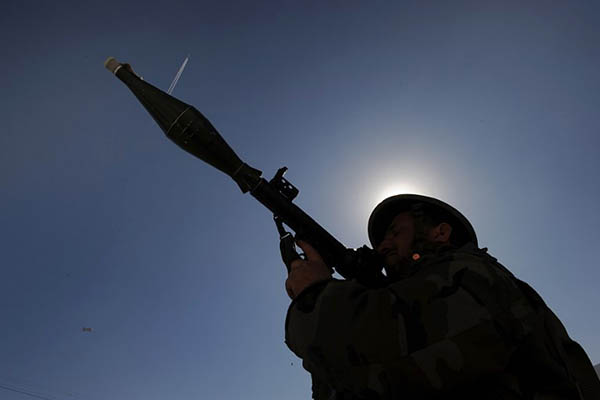 Analysts say upsurge in violence on track to inflict over 20,000 battle deaths this year

The Afghan conflict could overtake Syria as the deadliest conflict in the world this year, analysts say, as violence surges 17 years after the U.S.-led invasion.

The grim assessment contrasts sharply with the consistently upbeat public view of the conflict from NATO’s Resolute Support mission in Kabul, and underscores the growing sense of hopelessness in the war-torn country. It suggests that U.S. President Donald Trump’s much-vaunted strategy for Afghanistan is, like those of his predecessors, failing to move the needle on the battlefield, observers said, as a generation of Americans born after 9/11 become old enough to enlist.

“The soaring casualties in Afghanistan and the potential endgame in sight in Syria… could leave Afghanistan as the world’s deadliest conflict,” said Johnny Walsh, an Afghanistan expert at the United States Institute of Peace. “Most years have become the new ‘most violent year.’ This is continually getting worse.”

The Syrian conflict—which began a decade after Afghanistan’s—has claimed the lives of more than 15,000 people so far this year, according to the Syrian Observatory for Human Rights.

Graeme Smith, a consultant for the International Crisis Group, told AFP some indications “suggest the Afghan war is on track to inflict more than 20,000 battle deaths in 2018”—including civilians and combatants. “That could exceed the toll of any other conflict, possibly even the war in Syria,” he added.

It would be a record high for Afghanistan, according to the respected Uppsala Conflict Data Program (UCDP) in Sweden, which put the total number of deaths on all sides of the conflict at 19,694 in 2017.

Afghan civilian deaths have already hit a record 1,692 in the first six months of 2018, a recent U.N. report showed.

Interior ministry deputy spokesman Nasrat Rahimi estimated 300-400 “enemy fighters” were killed every week, but would not provide figures for civilians or government forces.

Data for casualties suffered by Afghan security forces are not available to the public after Washington last year agreed to Kabul’s request to classify the numbers.

Before the blackout, according to figures published by the U.S. Special Inspector General for Afghanistan Reconstruction (SIGAR), there were more than 5,000 each year. Most analysts believe that number understates the reality on the ground. This year’s death toll for government forces could be “horrific,” Smith said.

The total death toll has been rising steeply since 2014, UCDP figures show, the year NATO combat troops pulled out, leaving Afghan forces with the responsibility for holding back the resurgent Taliban. This year, the violence has been fanned by long-delayed parliamentary elections scheduled for Oct. 20 and renewed efforts to engage the Taliban, Afghanistan’s largest militant group, in peace talks.

The Taliban have made significant battlefield gains, and the smaller but potent Islamic State group, which first emerged in the region in 2014, has also ramped up attacks. The conflict has been further fueled by other countries in the region, particularly neighboring Pakistan, alleges retired Afghan general Atiqullah Amarkhil, who warned the U.S. had failed to rein in its wayward ally, which is widely accused of providing safe haven to Taliban leaders.

Despite the bloodshed, General John Nicholson, who until recently was the top U.S. and NATO commander in the country, insisted last month that Trump’s strategy, which includes the deployment of thousands of additional U.S. forces and increased airstrikes, was working.

SIGAR data also suggests Trump’s plan has made little progress on the battlefield. The Taliban and other insurgents control or influence 14 percent of Afghanistan’s 407 districts, the watchdog said in July—unchanged from last year, when Trump unveiled his strategy.

The government, meanwhile, controls or influences 56 percent—down from 57 percent in August 2017. The rest of the country is considered “contested.”

Despite the growing violence, an unprecedented ceasefire between the government and Taliban in June ignited fresh hopes of peace. Efforts to convince the militants to negotiate an end to the war would continue, analysts said.

“The Afghan and U.S. governments realize that a peace process is the only way to bring an end to all the violence and the broader war,” said Michael Kugelman of the Wilson Center. U.S. officials met with Taliban representatives in Qatar in July, and another meeting could be held this month.

“That’s how most talks happen—against a background of violence and fighting,” a Western official told AFP. Cold comfort for Afghans worn down by decades of war.