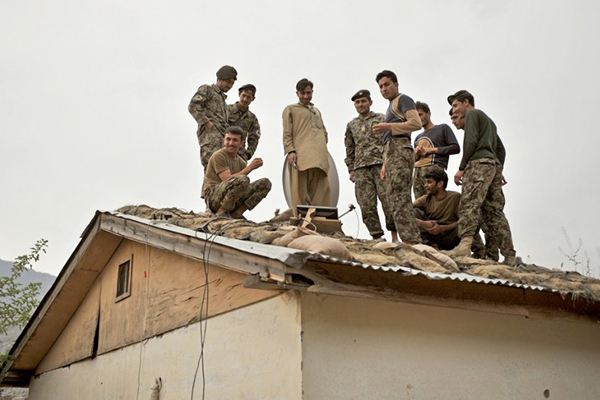 ICC approves $422,000 for the National Cricket Academy in Kabul.

Afghanistan has received a financial boost from the world cricket governing body to develop the sport in the war-ravaged nation, it was announced Thursday.

Cricket has become one of the most popular sports in Afghanistan since it was introduced by returning refugees, who learnt the game in Pakistani camps after fleeing the 1979 Soviet invasion. Afghanistan became an affiliate member of the International Cricket Council in 2001, and in 2009 it attained one-day status. Its ambition now is to qualify for the 2015 World Cup.

The ICC decided this week to allocate $422,000 to develop the National Cricket Academy in Kabul, the Afghanistan Cricket Board announced Thursday.

Its chief executive Noor Mohammad Murad said the board has requested a total of $1 million in assistance. “The ICC has approved $422,000 for now,” said Murad. “They will send a delegation to visit Afghanistan’s Cricket Board in two or three weeks, and they will decide whether or not to approve the rest of the money.”

The ICC will decide at its annual meeting in June whether to grant the country associate membership. The world body currently has 10 full members, 36 associates and 60 affiliate members.