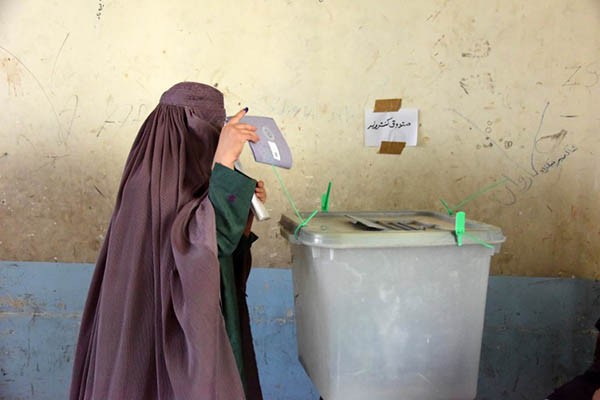 Afghanistan’s election organizers are again considering postponing April’s presidential ballot for two months, an official said on Thursday, in an attempt to avoid a repeat of October’s shambolic legislative vote.

The remarks come at a sensitive time for Afghanistan as the Taliban step up their bloody offensive and President Donald Trump’s plan to slash American troop numbers threatens to derail U.S.-led peace efforts.

The Independent Election Commission, which was skewered over its handling of the parliamentary vote, was meeting with “relevant sides,” including potential candidates, to discuss delaying the ballot. “The purpose is reform and to avoid problems which occurred in the parliamentary election,” said IEC spokesman Zabi Sadat. “No decision is final yet, but we will make an announcement soon.”

The IEC is still finalizing results of the parliamentary vote held two months ago and observers have expressed concern that it would struggle to organize a presidential election in April. The IEC has already mulled delaying the poll once, but vowed in November to hold it on time “on the demand of the people and parties.”

Presidential, provincial council and district council elections are scheduled to take place across the country in 2019. A parliamentary poll, which was held in 33 out of Afghanistan’s 34 provinces in October, also needs to be carried out in Ghazni where voting was delayed following protests.

The Afghan constitution requires the presidential election take place no later than April 22. While there has been no official announcement of a U.S. drawdown, the mere suggestion of the United States reducing its military presence has rattled the Afghan capital.

Trump’s decision to pull out some 7,000 U.S. forces apparently came last week as U.S. envoy Zalmay Khalilzad met with the Taliban in Abu Dhabi, part of efforts to bring the militants to the negotiating table with Kabul. There are fears the hasty move could undermine Khalilzad’s negotiating position, embolden the Taliban, and further erode morale among Afghan forces, which are suffering record losses.

Many Afghans are worried that President Ashraf Ghani’s fragile unity government would collapse if U.S. troops pulled out, enabling the Taliban to return to power and potentially sparking another bloody civil war.