Home Latest News Afghan Elections to Proceed to Run-off Round

Afghan Elections to Proceed to Run-off Round 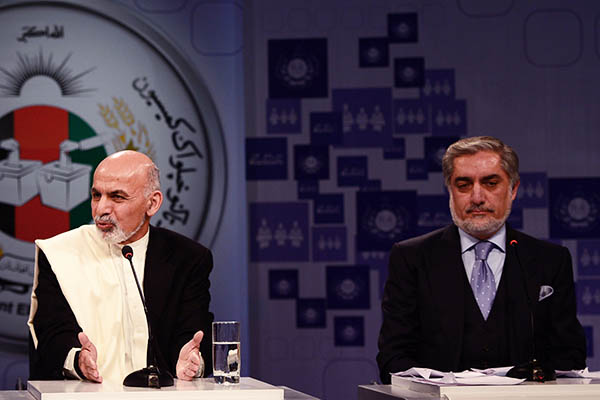 Unless one of the leading candidates concedes, Abdullah and Ghani will face-off in second-round vote on June 14.

The head-to-head election will choose a successor to President Hamid Karzai in Afghanistan’s first democratic transfer of power. Whoever wins will have to oversee the fight against a resilient Taliban insurgency as 51,000 U.S.-led troops depart this year, as well as try to strengthen an economy that relies on declining aid money.

“After a thorough review, it is clear that no candidate has been able to win more than 50 percent and the election goes to a second round,” said Ahmad Yusuf Nuristani, head of the Independent Election Commission (IEC). Abdullah secured 45 percent of the vote on April 5, with his main rival Ghani at 31.6 percent, according to the final results, which came after weeks of deliberation over fraud allegations.

The 2009 election, when Karzai retained power, was marred by fraud in a chaotic process that shook confidence in the multinational effort to develop the country, and also marked a sharp decline in relations with the United States. The run-off was originally scheduled for May 28, but ink and other material was damaged in an insurgent attack on the election authorities’ warehouses.

“Some sensitive materials that were stocked at IEC headquarters for the second round were destroyed by the Taliban attack—providing those materials again needs time,” Nuristani said.

Abdullah said on Wednesday that his campaign had evidence of fraudulent voting that could have a “significant impact on final results,” but the official results were closely in line with the preliminary figures released late last month.

Abdullah this week received a major boost with the endorsement of third-placed Zalmai Rassoul, a close ally of Karzai, who has stayed publicly neutral in the election. Karzai, who has ruled since the Taliban were ousted in 2001, is constitutionally barred from a third term in office.

Another costly, and potentially violent, election could be avoided by deal-making in the coming weeks—and Rassoul’s support for Abdullah increased pressure on Ghani to concede.