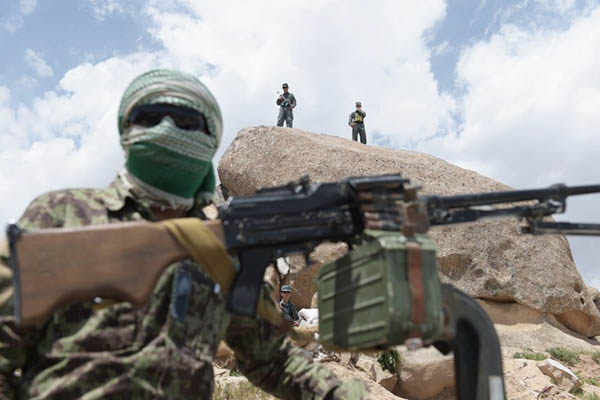 Global body says there has been a 42 percent rise in casualties caused by pro-government forces this year.

Afghan civilians are paying a heavy price for the escalating conflict across the country, with government forces responsible for a growing share of casualties, the U.N. said on Wednesday.

Children in particular find themselves in the firing line as ground fighting between local troops and Islamist militants intensifies.

A total of 2,562 civilians were killed and another 5,835 wounded in the first nine months of this year, a slight dip compared to the same period last year when casualties soared to a record high, a U.N. report said. It cited a 42 percent rise in casualties caused by pro-government forces compared to last year—“primarily due to casualties from the use of indirect and explosive weapons and aerial attacks.” But Islamist militants were responsible for the majority—61 percent—of total casualties.

“Increased fighting in densely populated areas makes it imperative for parties to take immediate steps to ensure all feasible precautions are being taken to spare civilians from harm,” said Tadamichi Yamamoto, chief of the United Nations Assistance Mission in Afghanistan.

Intentional and direct targeting of civilians in towns and cities continued through 2016, the U.N. report said. It also expressed concern at the continuing increase in child casualties, which have risen year-on-year since 2013.

In the first nine months of 2016, the U.N. documented 2,461 child casualties, a 15 percent increase on the same period last year. “Eighty-four percent of victims from unexploded ordnance were children,” said U.N. human rights director Danielle Bell. “All parties must systematically track, mark and clear unexploded ordnance in order to protect current and future generations of children from harm.”

The statistics are a grim indicator of growing insecurity in Afghanistan as the Taliban step up their nationwide insurgency and the Islamic State group seeks to expand its foothold in the east. In recent months, Taliban militants have attempted to overrun several provincial capitals, from Kunduz and Baghlan in the north to Lashkar Gah in the south, with Afghan forces struggling to contain the insurgency.