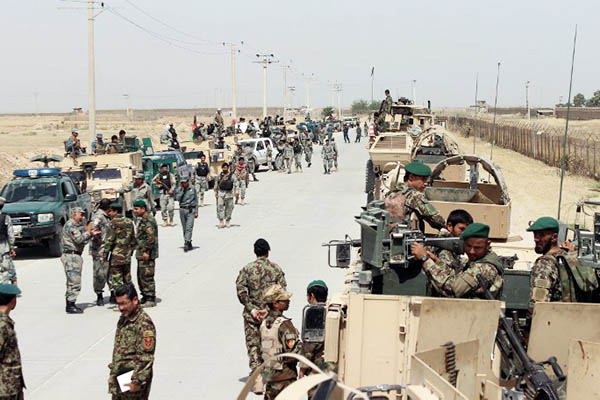 Khan Abad district fell to militants for nearly a day over the weekend but was swiftly retaken by government forces.

Afghan forces have recaptured a district that had fallen briefly to the Taliban, officials and residents said on Sunday, after thousands of people fled their homes in Afghanistan’s Kunduz province.

Khan Abad district, which is around 30 kilometers east of Kunduz city, had fallen to the Taliban after they launched a pre-dawn attack on the district center on Saturday, according to local officials. Several hours later Afghan special forces were deployed to the area—a key route to Kunduz city—to retake the district.

The district was recaptured by government forces on Saturday evening, according to Sayed Mahmood Danish, a Kunduz governor spokesman. “Taliban are now being chased away. The threat to the city is gone. We are expanding our operations beyond the district,” said Interior Ministry spokesman Sediq Sediqqi.

A shopkeeper in Khan Abad district, Khalid, told AFP that people were still worried about the Taliban making a return to the city. “The roads are empty, few shops are open in the city. People do not have access to food and drinking water. We still cannot come out of our houses,” he said.

Another resident, Mohammad Sahim, said the militants had looted and set fire to government buildings. “People are in fear, you don’t see many people in the streets, schools are closed,” he said, adding that there is a danger of food shortages.

The Taliban briefly captured Kunduz city in September last year, the first city to fall to the insurgents in their biggest victory in 14 years of war. The militants were driven out almost two weeks later by Afghan forces backed by U.S. aircraft and NATO soldiers, but it marked the first time since 2001 that the Taliban were able to take control of a major city in the country.

After the brief Kunduz city takeover, U.S. and Afghan officials insisted that they would not allow another urban center to be captured.

Earlier this month, the Taliban launched a major offensive in volatile southern Helmand province, surrounding the capital Lashkar Gah, a town of 200,000 inhabitants, but were stopped by Afghan forces supported by American air strikes. The fighting in Helmand and Kunduz comes as Afghan troops are stretched on multiple fronts across Afghanistan, including eastern Nangarhar province where the Islamic State group is making inroads.