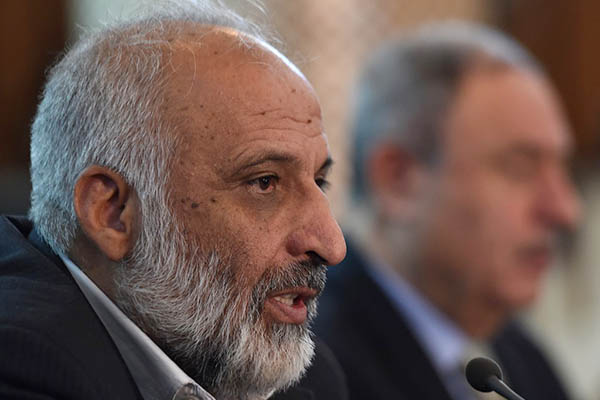 Mohammad Masoom Stanekzai had served as head of Afghanistan’s National Directorate of Security (NDS) intelligence agency since June 2016 but has come under intense pressure in recent months as violence across Afghanistan has surged. He quit the same day as the Taliban killed at least 10 people, including an American and a Romanian soldier, in a massive bomb blast close to the main NDS compound in Kabul—but that attack was not cited as a reason for his departure.

The incident that prompted Stanekzai’s resignation occurred late Wednesday during a raid in Jalalabad city in eastern Nangarhar province. According to the Nangarhar governor’s spokesman Attaullah Khogyani, four brothers were killed in the raid. No other details were immediately available, but dozens of demonstrators took to the streets in Jalalabad on Thursday to protest the killings.

Afghan security forces have faced frequent criticism for their tactic of conducting nighttime raids targeting houses where suspects are supposedly hiding out. But time and again, civilian residents have been killed for no reason in the operations.

The NDS had initially claimed four members of the Islamic State group were killed in the incident, but authorities later backtracked. “As a responsible state we have zero tolerance for civilian casualties,” Afghan President Ashraf Ghani said on Twitter. “I have regretfully accepted the resignation of NDS chief, Mr. Stanikzai who had had success in other areas of his work.”

Ghani went on to say he had ordered the attorney general to investigate the raid “and to bring the perpetrators to justice.” Ghani has faced growing scrutiny in recent weeks for retaining Stanekzai even as suicide bombings and deadly attacks increased in Kabul and across Afghanistan.