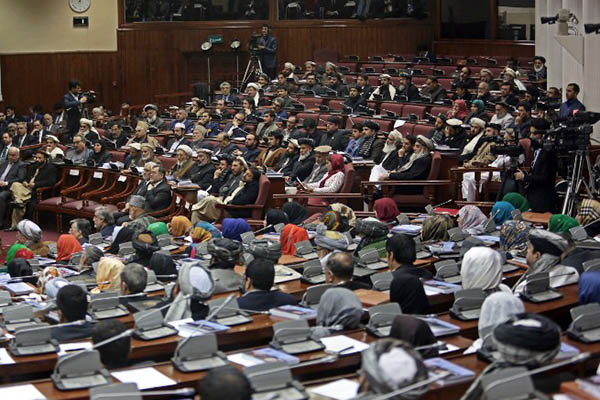 Afghan lawmakers on Monday approved President Ashraf Ghani’s nominees for defense minister and intelligence director, two crucial posts that sat vacant for months as the country struggles to rein in an ascendant insurgency.

The confirmations came as attacks left at least 23 people dead across Afghanistan on Monday and wounded dozens more, as the Taliban’s resurgence continues to raise serious questions about the ability of Afghan forces to hold their own without the support of U.S.-led NATO troops.

M.P.s voted for Abdullah Habibi, formerly a senior official in the defense ministry who holds the rank of army general, to become its new minister. Mohammad Masoom Stanekzai, a former top official in the government body overseeing the country’s peace process, and who has worked to bring the Taliban to the negotiating table, was named head of Afghanistan’s National Directorate of Security (NDS) intelligence agency.

“We congratulate them and wish them success,” parliament chairman Abdul Rauf Ibrahimi announced after the vote, which was welcomed by Ghani.

“Now that we have all security ministers in place, it will have a very positive impact on the ground,” said analyst Zalmay Wardak, a former military official. “In the past, as acting ministers, none of them would feel responsible, but now they can be taken accountable. This also gives a new energy to our security forces,” he said.

Ghani had originally named Stanekzai to head the defense ministry last year, but parliament rejected him, leaving the post vacant until Monday’s confirmation of Habibi. In December, the country’s former intelligence chief resigned over disagreements with Ghani for his diplomatic outreach to Pakistan aimed at reviving peace talks with the resurgent Taliban.

Monday’s wave of violence saw three bombs—two in Kabul and one in northeastern Badakhshan province—kill at least 23 people, including 14 Nepali security guards in the capital. It comes 10 days after Washington announced an expansion of the U.S. military’s authority to conduct airstrikes against the Taliban, a significant boost for Afghan forces who have limited close air-support capacities.

U.S. forces have been in an advisory role in Afghanistan since the start of 2015 and had only been authorized to hit Taliban targets for defensive reasons, or to protect Afghan soldiers. Afghan forces, beset by record casualties, desertions and troop shortages, suffered a string of setbacks last year at the hands of the Taliban, underscoring the fragile security situation.