Home Latest News Afghan Peace: Near and Yet So Far

Afghan Peace: Near and Yet So Far 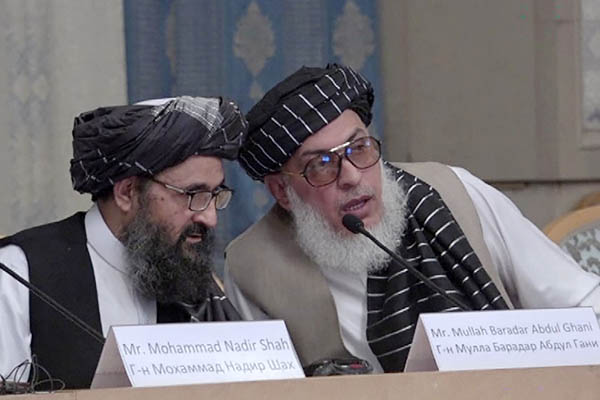 Observers say successful U.S. deal with Taliban is no guarantee of relief for Kabul

After nearly two decades in Afghanistan, the United States is racing to reach an agreement with the Taliban within two months but a broader peace deal for the war-ravaged country looks far more elusive.

President Donald Trump, in a rare position widely backed by the rival Democratic Party, is impatient to pull the remaining 14,000 U.S. troops out of Afghanistan, believing nothing more can be achieved from the military operation launched after the September 11, 2001 attacks on the United States.

On a visit to Kabul in late June, Secretary of State Mike Pompeo said that the U.S. is seeking a deal with the Islamist extremist Taliban by Sept. 1—before Afghanistan’s elections, which could throw in a new element of chaos.

U.S. negotiator Zalmay Khalilzad has met seven times with the Taliban and, in a potentially major first step, the insurgents have agreed to meet a wide range of Afghans starting Sunday in Qatar. The Taliban have steadfastly refused to negotiate with the internationally recognized government in Kabul.

In Doha, any Afghan officials will participate in “personal capacity and on equal footing” with the Taliban, according to Germany, which organized the meeting alongside Qatar. “I think there is a strong possibility that there could be an agreement between the U.S. and the Taliban even sooner than September, but an agreement that is just between the U.S. and the Taliban is not a peace agreement for Afghanistan,” said Laurel Miller, who served as the U.S. special representative for Afghanistan and Pakistan under both Trump and his predecessor Barack Obama. “It doesn’t address the really hard questions of what role the Taliban is going to play or not play in governing Afghanistan and what happens to the current government and system of government that the United States helped set up,” said Miller, now the Asia program director at the International Crisis Group.

The apparent U.S. breakthrough with the Taliban is simply because the Trump administration made a concession by agreeing to negotiate even though the insurgents are not talking to Kabul, she said.

An agreement with the Taliban is expected to have two main points—a U.S. withdrawal from Afghanistan and a commitment by the militants not to provide a base for terrorists, the main reason for the U.S. invasion 18 years ago.

The United States, which by some estimates has spent $1 trillion in Afghanistan, will likely try to insist in the agreement that the Taliban open negotiations with President Ashraf Ghani’s government. But Scott Smith, deputy director of the Afghanistan program at the U.S. Institute of Peace, said that neither the Taliban nor Kabul has prepared much for negotiations on what the country will look like.

“I don’t think anybody has thought about that too far, and certainly not the main parties,” he said. “It’s like putting together a jigsaw puzzle where you start with the corners and gradually the details get filled in. We’re still looking for the corners,” he said.

Michael Kugelman, deputy director for Asia at the Woodrow Wilson International Center for Scholars, said the example of war-torn nations such as Colombia showed it could take years if not decades to broker peace agreements.

“Given that we’re talking about pretty significant issues like a Taliban ceasefire and a willingness of the Taliban to engage with Kabul, I would be astounded that there would be a comprehensive peace deal with the Taliban by Sept. 1,” he said, while adding that a limited accord with Washington was within reach.

Trump, in a recent interview on Fox News, said that the United States should not be “the policeman for the whole world” and complained that China has benefited by extracting minerals in Afghanistan. But he also said that the United States would maintain “very strong intelligence” after pulling troops, and that “great-looking, central-casting” generals often warn him of extremist threats that can emerge from Afghanistan.

The Taliban, believing they have an upper hand, have kept up violence even while talking to the United States. An attack on Monday that targeted the defense ministry damaged five schools, with six people killed and scores of people including 50 children hurt mainly by flying glass.

Miller, the former envoy, said that the Taliban could become even more emboldened if it signs a deal with the United States. “Once the U.S. agrees to a timeline for withdrawal, automatically American leverage in anything that happens subsequently in the process is reduced,” she said.