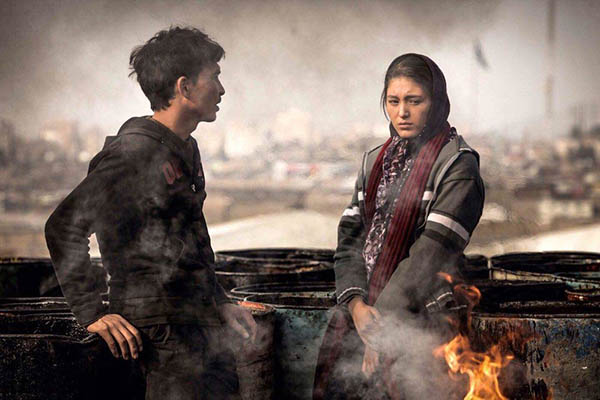 ‘Parting’ will also be submitted as Afghanistan’s pick for best foreign language film at next year’s Oscars.

A gripping drama depicting the harrowing plight of Afghan refugees is targeting Oscars history as it vies for the top prize at Asia’s premier film festival this week.

Director Navid Mahmoudi was told shortly before making the trip to the 21st Busan International Film Festival in South Korea that his debut film Parting was being put forward as Afghanistan’s hope for best foreign language film at next year’s Oscars. If it wins, it would become the first-ever film from the strife-torn country to take the prize but the director told AFP he had other matters on his mind.

“I am honored to be here and to have this attention,” Mahmoudi said. “But the most important thing at this stage is that people see my film.”

They are certainly doing that at BIFF, where the film has played to full houses as it vies for the main New Currents award for first- and second-time Asian filmmakers.

Mahmoudi’s film charts an ordeal similar to that endured by many of an estimated six million of his countrymen in the 15 years since international forces entered the country and helped overthrow the Taliban leadership. The director admitted he had concerns for those who remained in Afghanistan, a sense heightened as fears mount that hundreds of thousands of Afghan refugees may soon be forced to return to their homeland.

“There are soldiers everywhere there,” said Mahmoudi. “It’s a bit like when you put a bird in a cage and that bird should feel safe. The Afghan people are in a cage but they still do not feel safe. That’s why they leave.”

When it came time to make his first full-length feature film, the Tehran-based Afghan director said the story was evolving “all around me.”

Their plight draws them into contact with any number of con men and criminals while problems they thought might have been left behind in their homeland also threaten to derail their planned escape. Mahmoudi decided to cast the central roles in the film—filled by the impressive Reza Ahmadi and Fereshteh Hosseini—by scouring the refugee camps on the outskirts of Tehran for first-time actors because, the director said, he wanted people who “knew those fears.”

“It was important for me to find people who had shared these experiences,” he said.

Parting is shot in a cinema verite style with Mahmoudi’s cameras peeking through windows, into doorways and alleys as the couple make their plans for freedom. The sense of desperation is palpable. The director said the choice of style came through his desire to heighten the characters’ desperation by having scenes of often-frantic daily life on the fringes of the Iranian capital swirl around them as the tension rises.

“This is the reality for these people,” he said. “Many move through Iran and never make it to the center of Tehran. Life is a desperate day-to-to struggle.”

Mahmoudi’s feature is among the early contenders in a New Currents crop that looks particularly strong this year, with critics also lauding the likes of first-time Chinese director Liu Yulin’s gritty family drama Someone to Talk To.

The award has over the years proved a stepping stone to further critical and commercial success for emerging Asian directors and this year’s BIFF opened last Thursday with the heart-warming drama A Quiet Dream, from Chinese-born South Korean director Zhang Lu, who won the New Currents award back in 2005 with his debut feature Grain in Ear.

The New Currents award winners will be announced on Saturday when BIFF comes to a close.