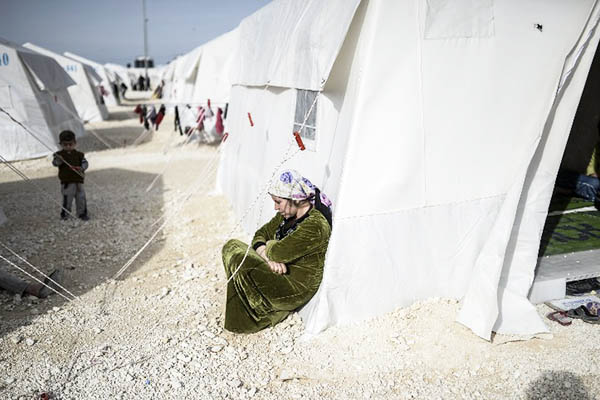 Displaced Afghans had already been “forgotten” by the international community before they began arriving in Europe en masse last year, U.N. refugee chief Filippo Grandi said on Saturday in Iran.

Grandi, who on Friday began his first regional tour as the new U.N. High Commissioner ahead of World Refugee Day on Monday, said his trip was focused on Afghan refugees. “I decided that this year, my first year as High Commissioner, I would use that opportunity to highlight the unresolved plight of Afghan refugees,” he said in a joint press conference with Iran’s Deputy Interior Minister Hossein Zolfaghari. “Afghan refugees unfortunately have been forgotten by the international community,” said Grandi, who will mark World Refugee Day in Afghanistan. “It is only when they started arriving in Europe together with many other refugees that the international community suddenly remembered.”

A record 1.25 million Syrian, Iraqi, Afghan and other migrants have entered Europe since January 2015. Iran currently hosts more than three million Afghan immigrants, one million of them legally.

Grandi urged the international community to increase their support for Tehran’s refugee protection programs because “unless we help refugees” more, they will look elsewhere. “We have seen this happening last year with hundreds of thousands of Afghans moving toward Europe,” he said. “This is dangerous for them and destabilizing for everybody.”

Grandi called on the world community to help stabilize Afghanistan so more refugees choose to return since “voluntary repatriation has gone down to very few numbers.” He called the services Iran offers refugees “of very high quality compared to what we see in most countries in the world.”

Last year, Iran’s supreme leader Ayatollah Ali Khamenei issued a decree allowing all Afghan children to be allowed into schools in the Islamic republic. It was “one of the most important gestures that any country has expressed for refugees anywhere in the world in the past few years,” Grandi said.

Zolfaghari told reporters that Iran has borne great costs to prevent illegal immigration to other countries, especially to Europe. “In the past year, we have repatriated 753,000 people who had entered Iran illegally to their home countries and paid great costs in this regard,” he said. The solution to the refugee crisis is “to eradicate insecurity and poverty” in those countries, he added.